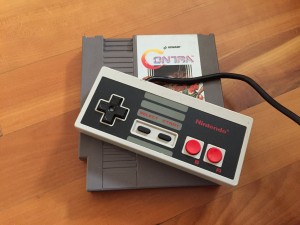 I’ve just returned from a road trip to Toronto, which is about 500km away from where I live.

My friends and I drove down on Friday night, competed in fighting game tournaments all weekend, and returned Sunday night, safe and sound.

It was awesome! We told stupid jokes and stories, saw our friends, met new people, and most of all, played a ton of games. While there, I met a bunch of young Tekken players, from the new generation, who are all learning to play.

This weekend, at the fighting games tournament in Toronto, I was surprised to discover I was considered OG, an acronym for Original Gangster.

An OG player, in the fighting games community, is someone who has been around the scene for a long time, and is usually considered a strong player.

Believe it or not, I was happy they called me that. It was like getting an award, a badge of recognition after long years of hard  play. I was proud to talk to the new players, teach them old strategies, tell them what to work on to improve, and encourage them to keep it up and have fun.

It’s like being a veteran olympic athlete, coaching new recruits on how to be faster, stronger, and smarter.

I also realized something hilarious: I was old, for a fighting games player. Better still, my whole generation is getting old.

Those of us that grew up with Street Fighter II, that first generation of gamers that founded fighting games communities? We’re all at least in our 30’s.

I’m 29 years old. A lot of my friends are moving in with their partners, in committed relationships, getting married, or having babies…

They’re taking big steps forwards in their lives. Scary steps, that in my mind I equate with adults.

Side note: funny that concept, “adult”. Technically, I am one, but I don’t really feel like one. Most of the time, I feel like a big kid who’s been dealt a great hand in life, and at any moment, some adult figure is going to show up and take it away.

Luckily, many of my married friends are still playing games, and still doing the things they (and I) love.

It gives me hope, because I’m never going to stop being a gamer. 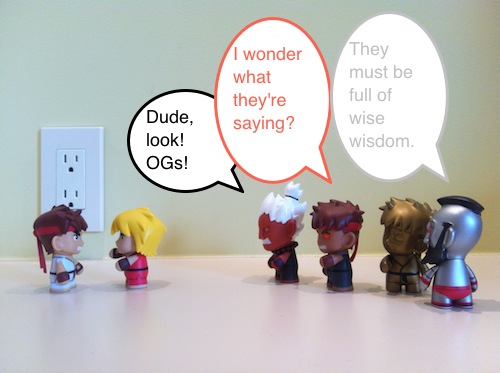 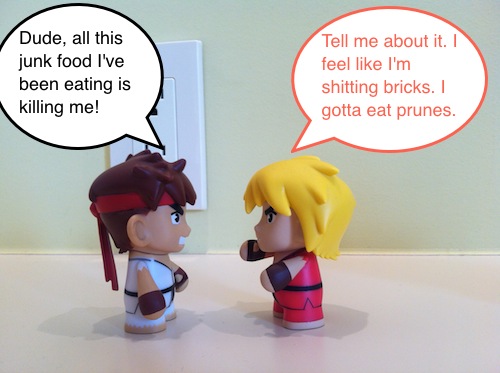 One of the things that exasperates my parents is the fact that I have never stopped playing videogames. In my early twenties, it seemed acceptable to them for me to play Tekken for hours on end every week.

I wasn’t a full adult then: I was a student, working part-time, which meant I wasn’t “mature enough” to need to stop playing games. After I graduated though, and was working full-time, both of my parents had an odd time dealing with my gaming habits.

“You are still playing Tek-Kan?” they would ask.

“Yes I am!” I would proudly reply.

To non-gamers, “videogames” seem like such an odd pastime for an adult. These are children’s games, to be played by the young, and the ones with large imaginations. And for an adult to leave his home and travel 500km with friends to play in and win a videogames tournament? Unfathomable.

Adults don’t play games: they read, and go to Home Depot, and work, and have drinks, and expensive dinners, and socialize, and do all those silly things that adults do.

I’ve been playing videogames since I was 4 years old. I started playing games before I could even read, or form coherent sentences. Gaming has been a part of my life for basically all of my life. Do you really think I’m going to stop now, because my age has hit a certain number?

When I was a child, I played videogames because I was always sick, and it was the closest thing I could get to an adventure while sitting in my living room wheezing and coughing.

When I was in my teens, I got into fighting games because it was a fun hobby you could share with your buddies.

When I was in my early twenties, I played a lot of fighting games for two reasons: the strong urge to compete, and because I didn’t like spending much money.

See, if you purchase a copy of Tekken or Street Fighter, you can play that one game with your friends for months on end: it’s actually a really cost-effective way to have fun. You only pay for the game once, and can then enjoy it for as long as you have friends. It’s the perfect pastime for a university student that wants to be cheap.

And now? Well, now I play games with my buddies because I still love to compete, and also because, on a deeper level, it’s what I do. I don’t question it anymore: it’s a part of who I am.

Of course, it’s not the all-consuming thing it was when I was younger: I do have other priorities, like work, fitness, cooking, blogging, dating, etc. But it’s still something that I enjoy doing regularly.

What Do You Do For Fun?

One of the most disturbing things I’ve noticed about other adults is that many of them don’t have hobbies.

“Oh, you know, go out for drinks with friends, watch movies, hang out…” they reply.

Huh. Those are some of the most generic things I’ve ever heard.

Sure, we all work, and later on will possibly have a family and kids and so much less free time… But I feel like we should all have something outside of our “main lives”, that we can can accomplish for ourselves.

Not for money, or for the future, or for family… something selfish. Something just for me.

Whatever you do, don’t stay home every day and do nothing. Because one day, you’re going to wake up, and realize you’ve spent the last 30 years on work or your family, and when those things are gone? If you get fired, or your kids move out? You have nothing.