Today’s the last day of September, and I have to say, it’s been a bland month. To be honest, I didn’t get much done besides work and a bit of gaming.

No major advancements in my life. Didn’t meet many women. Exercised. Did good work. Wrote some. The usual.

I worked hard, and I partied a bit. That was all I did this month.

Last week, to cut through the monotony, I caught a cold. Hurray! Took a day off, worked from home for a day, and then it was back to my usual routine. During my diseased phase, I did what I always do when I’m under the weather: I watched tons of TV.

My mailing listers may remember me watching Xanadu over and over again when I had pneumonia last year. This was because of something I like to call “disease bad taste”, which is when you get really sick, and watch all kinds of terrible TV shows. I like to watch musicals, like Grease, and then progressively worse ones, like Grease 2, until I reach rock bottom with stuff like Xanadu.

This time around, I ended up watching some funny Youtube videos to cheer me up, and who better to do that than everyone’s best friend, Russell Brand. I came across this gem:

At approximately 1 minute in, the following is said:

You must never have an average day Jimmy, that was a trick question. If a day is going average, do something weird: eat some helium, release a dragon.

Wow. What a genius.

As I sat there, unkempt, tired, diseased, depressed, I was struck by how average my month of September had been. I wracked my brain for a bit, and realized I had only had one interesting day.

It was when my friend Tommy was in town from Vancouver. He, another friend, and I went out to clubs, and we ended up going to all the usual places in the Old Port. We had a predictably decent time, but nothing special happened. At about 2am, we were going to call it a night.

“Bro, we have to do something unpredictable,” Tommy said. He’s fond of the term bro by the way.

“Bro, we’ve been going to all the same places, doing all the same things. We’re getting the same results: nothing. Let’s go get trashy. Wanna hit the touristy part of town?”

I laughed, and agreed. The night was a bust anyway, so why not?

What followed was a hilarious adventure wherein a bouncer wanted to charge us entry into a shithole. When we declined and decided to leave, he begged us to go in. We then saw two very large women grinding up on a table that struggled to hold their weight, ingested lighter fluid and fruit punch that pretended to be an alcoholic beverage of some kind, and wandered off into the street to get some junk food in one of the trashiest parts of town.

Tommy chatted up two random girls in the street, and I was picked up by a girl looking for a light. Yep, you heard me. She picked me up.

The night that was previously a bust, turned into a fun time had by all, thanks to one impulsive decision.

All it took was doing something different. 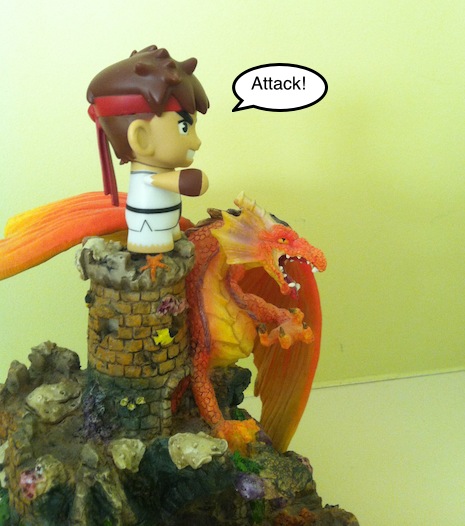 I have a very stable routine. I go to work at 10am every day. I finish just before 6pm. I cook lunch for myself and co-workers twice a week. I go to the gym Mon-Wed-Fri morning at 8am for a full workout. I go Tue-Thu for 20mins on the bike. After work, I either play Tekken, or Street Fighter, or watch some TV. Or I have a date. Friday and Saturday nights, I go out. Saturday morning is for errands. Sunday I write for the blog, and do nothing.

And sometimes, it gets horribly, soul-crushingly lonely. It’s your very typical rut. You fall into it, and everything sucks. You’re miserable for no reason. You can hear the silence and the room screaming at you, telling you your life is shit. Which explains why I was super grumpy two weeks ago.

See, it goes like this: you take an average day. Then you have two. All of a sudden, a month has gone by. If you don’t get your shit together, another month or two go by, then a year, then five years. And one day, reality kicks in. You’re old. And your life has been average.

I know, I’m being dramatic. No one’s life sucks that much. But mine did, for a while.

I spent so much of my twenties gaming, and being afraid of the real world, and sticking to a routine, that I sometimes feel like I really missed out on a lot of opportunities. It’s part of why I learned pickup: I had to go from one extreme to the next, before finding a middle ground.

This week, I was having another average few days. I was sick. I was at home. I missed going to Ottawa for something exciting, because I was just too sick to leave my house.

Saturday, I had the averagest day ever. I ran some errands, had lunch, and hung out with a friend playing GTA5. As he and I played, and had a great time, I looked outside, and saw what a gorgeous day it was. I sighed.

“I should be out there, doing something,” I thought. Then I paused for a second. “What’s stopping me?”

With those words, I posted on Facebook that I was going to a pub near my place. If anyone wanted to join, they could. I didn’t expect anything, I just knew I had to do something, anything, impulsive.

30 minutes later, I was sitting at a terrasse in the sun, reading Wool by Hugh Howey, and having a delightful, icy cold beer. 40 minutes later, a random acquaintance that I had partied with one time joined me.

One hour after deciding I was going out, I was sitting at a pub, having a rolicking good time with 4 people that I barely knew. And we were having a blast. Although I was still sick, and could barely drink, I felt better than I had in weeks.

I ended up going home at 8:30pm to relax and sleep, but that one impulsive act made my day. 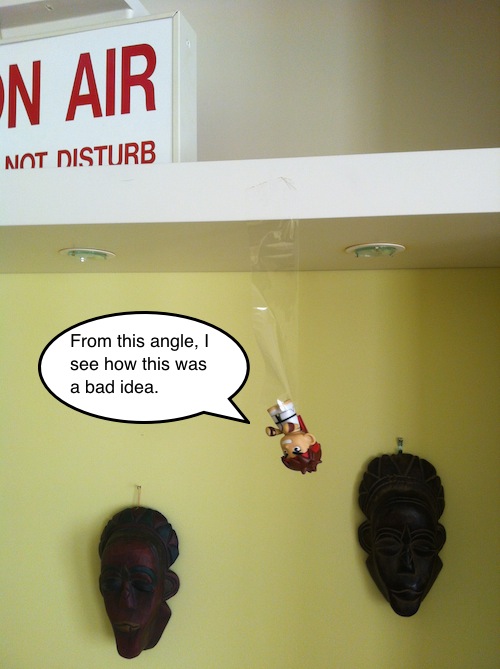 My advice to you, dear reader, is this: stop having average days. Or, more realistically, every few average days, have an extraordinary one.

I’m not saying ride a whale, or go ducktape bungee jumping every day (unless you’re into those things). I’m saying do something out of the ordinary, as often as possible, to make every day memorable. Even changing up one tiny thing in your routine is enough.

Now, you all know me as a man who definitely puts my money where my mouth is. As such, I’m personally challenging myself to the following:

For the month of October, I will post something interesting I do, out of the ordinary, every single day, on this page.

Some days will be easy, like Halloween, or my buddy’s birthday. Others, like this coming Thursday where I have work and then gaming planned, not so much. But I’m committed to making every day count.

Because I don’t know how many I’ve got left.

Previous Post: GutsyGeek speaks at WDS in front of 3000 people