When I was child, I used to get sick. A lot. My mom used to tell me it was because of my asthma. I remember catching colds and flus all the time. At least once a month, I would find myself at home, on my back, wheezing. It was kinda hard to have fun when breathing was a chore.

There’s a certain sadness that come with asthma. More than anything, I wanted to join the other kids and play, but I couldn’t. Not because of permission, but rather because I was often out of breath within minutes. So I did what all kids do when they’re stuck indoors: I read, played board games, and watched TV. While other kids were at school and healthy, I was sick at home, doing solitary stuff.

Then someone bought me a NES, and my life was changed forever.

The Strongest Plumber in the World

As a child, I was short. But when I played 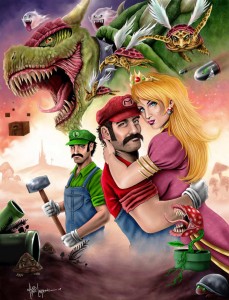 Super Mario Bros., I was a plumber with awesome overalls that grew as tall as I wanted to.

As a child, I was weak. but when I played Wizards and Warriors, I was a sword wielding knight out to save the princess.

As a child, I was afraid of violence. But when I played Double Dragon, I was a badass motherfucker that could kill anyone with a jumping tornado kick.

As a child, I was a child. But when I turned on my NES, I was whoever I wanted to be. And it was beautiful.

Sure, I could watch a movie or read a book, and imagine I was the hero. I loved doing that too. The difference is that when I played a game, I actually was the hero. His destiny depended on my ability to control him, which meant if I failed, he failed. I’ve always found that to be a little more transformative than reading a comic or watching TV, because it’s more active than passive. It also teaches you many skills. But that’s a discussion for another day.

Two can play at that game

Slowly but surely, I played more and more games. Different genres, different consoles, different strategies, and different people too. With the rise of multiplayer games, I also became more competitive.

Although I couldn’t excel at sports, I began to excel at videogames. Mario Kart, Tekken, Goldeneye, Super Smash Bros, these were the fighting grounds on which my opponents and I competed. I worked hard to get good, to figure out different strategies, and to destroy my opponents. I won a prize in my first fighting games tournament at 16, at a local Tekken Tag Tournament event.

Suddenly, I was 18. I was an adult, and thrust into the world of manhood. I moved to Canada, and went to university. I remember those first few months here were damn rough. I had no friends, couldn’t relate to the people in my classes, and was sick of hanging out at home. My brother, great human being that he was, always tried to include me in his social life, and I appreciated it. But he and his friends weren’t really hardcore gamers, and I yearned for my own kind.

So I went to the local arcade.

I went often, and began playing games with the regulars that went there. We would recognize each other, and shake hands before matches. We would laugh, and talk about the victories and defeats, and just have a blast.

And so it happened that nearly nine years ago, I made friends with 7 people at the local arcade while playing Tekken, a 3d fighting game. I am still in contact with 6 of them to this day, and count them as some of my closest friends (and people have the gall to say gamers are antisocial. YEESH!).

Not only did I play games with these people, but we partied together, went on road trips, hung out, and socialized. They are my friends, my crew, my rivals, and my family. And it all began with a fighting game.

The measure of a man

So games helped me go from a sick kid with no real power, to a regular dude with many friends. They allowed me to excel in a virtual world where physical prowess didn’t matter. As I got older, and more physically able, games were my sport, my drive, and my socializing tool.

Today, well, games are still a big part of my life. I run the Canadian community for Tekken, and I meet up with my buddies at least once a week to play. I also play other fighting games, and own two of the three latest videogames consoles.

Finally, and most importantly, I still use videogames as a measuring tool for an important part of my life: women.

I have two simple rules that I follow religiously.

1. If a woman walks into my apartment, and doesn’t like this wall, then I immediately lose interest. 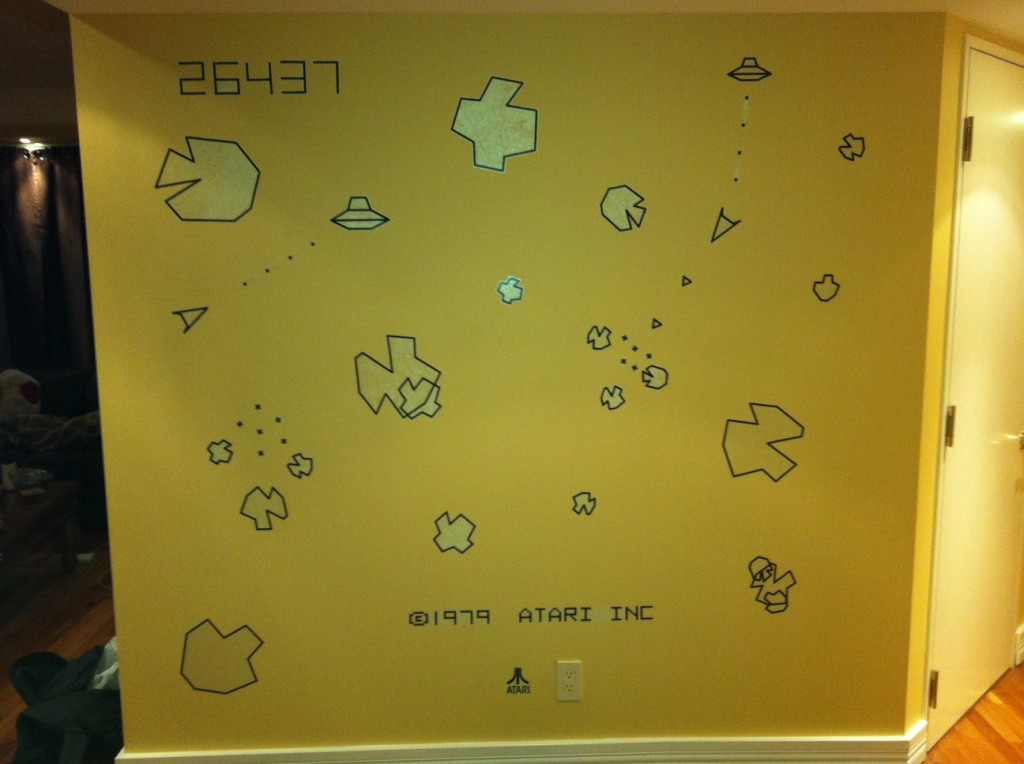 Got these at ThinkGeek. Click to check it out.

It’s not so much about whether or not she loves the game Asteroids, but more about her acceptance of videogames in my life. If she can’t, then she’s not for me. I’m always going to be a gamer, after all.

2. If I want to play videogames MORE than hang out with my latest girl, she’s gotta go. I mean, there must be something wrong with her if I choose games over sex, right? Conversely, if she beats games, she’s a keeper. Hint: for all you prospective ladies out there, it’s REALLY NOT HARD to beat games in terms of a man’s interest.

How have videogames influenced your life? Have you ever made friends over a certain game? Tell me!

Previous Post: How videogames made me a better man