Yesterday, just after midnight, I received a call from my sister.

“Happy birthday!” she said. “Am I the first one to wish you that?”

“Yes,” I laughed. She had won our tradition again.

I have never been this old before, and I feel incredible.

But today’s post isn’t really about birthdays, or how handsome I look with a beard. 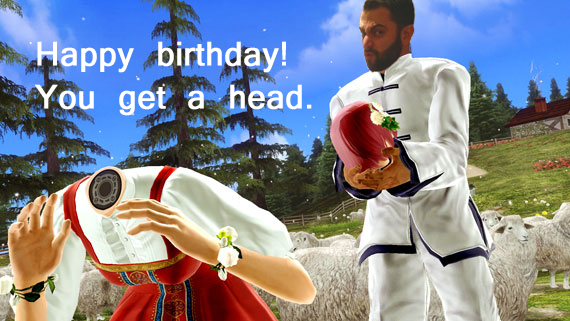 They always follow a very specific pattern. You start the game alone, often as a moody loner type character. Pretty early on, you meet a cool person, who becomes your first teammate. Before long, you’ve got an entire gang of friends helping you out.

Their diverse skillset helps you achieve things you never thought were possible. Missions and enemies that seemed unconquerable are nothing before the power of friendship. With these well-equipped and awesome teammates, you are unstoppable.

You travel all over the world, and go on many adventures together. You win some, you lose some. Along the way, you may find love, and it’s a beautiful, heartwarming thing. Sometimes, you lose members of your party. They get killed, or even worse, they betray your trust and ditch you. It hurts, and it cuts you to the bone.

Eventually, you make it to the end of the game. You’ve got the best team in the world, the ones that never let you down.

You face off against the final boss. You beat him or her, and it feels amazing.

You look around you, and see the smiling faces of your teammates, who have become your friends, and your family.

The game ends. It was beautiful. You are hoping for a sequel.

In case you missed that analogy, your twenties are exactly like a Final Fantasy game.

My adventure began when I graduated from high school, and moved to Montreal in 2002. I was a moody loner, and introverted character. I was Cloud, or Squall, or Basch, but without the cool sword and hair combo. 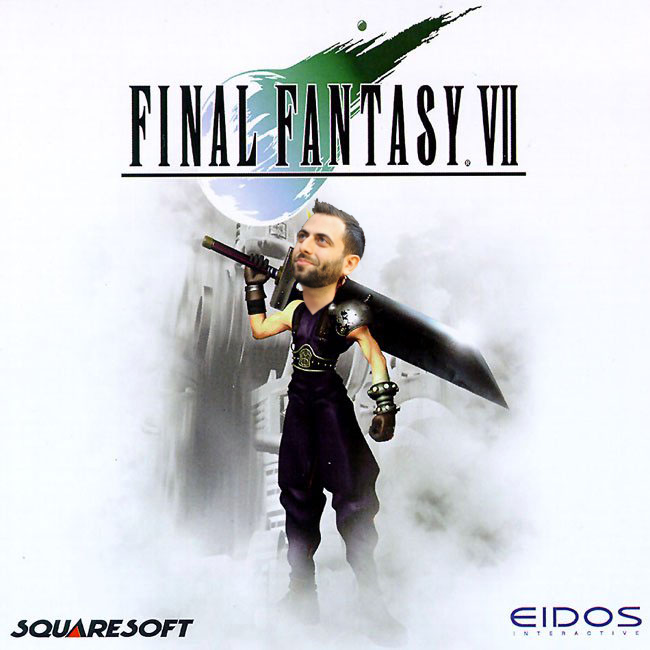 I met a cool guy at the arcade Tekken machine. We played some games, and he invited me to hang with him. My team had begun.

I started being competitive at Tekken, and met more teammates. Or, as we like to call them in the real world, friends. I went to university, got a job, developed hobbies. More friends joined the party then, to help me make it through.

I fell in love 3 times, with incredibly different and fantastic women. One was witty and sarcastic, and way smarter than me. One was quiet, and thoughtful. One was a total sweetheart, a Betty-the-girl-next-door type.

All three were wonderful, and beautiful, and sexy, and touched my heart in ways that I didn’t think were possible.

Each time the relationship ended, I was alone again. Only I wasn’t, not really.

I had my friends there to pick me up, the best people to lean on.

“There are more adventures to be had!” they cried. “Onto the next one!”

Then a turning point occurred.

My late twenties hit, and I embarked on a new quest: I needed to get better at dating.

I started grinding out those XP points, and failed at it so much, so often, that I was sure I’d never be good at it. But more friends joined my quest. They were good with women. They had new skills to teach me, and helped me make it.

Other friends didn’t like the way my adventure was going. They didn’t like who I was turning into, and the changes I had to make, to become a better, stronger man. We parted ways then, and it was sad.

Some friends though, the real heroes, stuck with me the whole way through.

They loved me when I was young and innocent.

They loved me when I was changing.

They even loved me when I didn’t love myself.

And so we reached the end of my twenties.

I turned 30. I am no longer the moody, introverted loner. I am a happy, excitable, fun, bearded, extremely handsome and extroverted hero.

At the end of my twenties, at the end of the game, I looked back and realized it was a wonderful adventure.

I’m starting a new one right now, the sequel. It’s called the thirties. Only this time, I’m not starting alone.

I don’t have to figure out who my teammates are. I know them already. They’re the people that remained at the end of my last game.

They’re my teammates, friends, family. They’re the people that will continue on with me, and hopefully stand by me through all the crazy new adventures we embark on.

I hope our journey together never ends.

Previous Post: Why I Gave Up Writing This Year

Next Post: Eat Healthy At Work With Lunch Club