Today’s post is about learning a skill that is useful for getting better at anything, be it winning at fighting games, learning a new hobby, improving with the the opposite sex, ANYTHING. I know, it sounds farfetched.

All I ask is that you make it to the end of this post before judging. Then, agree or disagree, leave a comment.

It all started in the nightclubs. I would go out with my friends, night after night, week after week, and crash and burn with the ladies. In fact, the first 3 weeks I started doing this, I went out 4 nights a week, approached 25 women a night, bringing it to a total of 300 women.

I didn’t get a single phone number during this time, yet I was incredibly happy to go out, and even happier at the end of every night. I’d see my friends get numbers, makeout with girls, and even once take a girl home. I got nothing.

So why was I so happy? How did I keep such a positive outlook?

The secret was in the fact that I was slowly improving.

I knew this, because every night after going out, my buds and I would do a recap of the night’s events.

It involved asking everyone how their night went, and then having them answer 3 key questions:

3. What am I going to work on for next time?

I’m going to break them down more thoroughly, I just wanted you to have that list so you could easily copy/paste it somewhere. 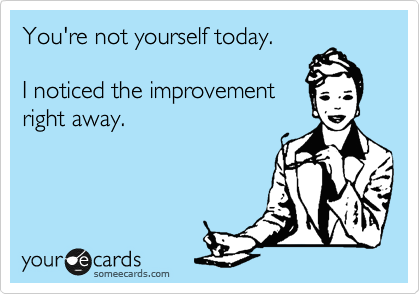 The Method To Improve at Anything

This is the easiest one to answer. I would think of something I did, where a woman responded positively, and boom, done. It’s best to start with this, so the exercise begins on a positive note. Helps with the critique I’m about to give myself.

This is where it gets difficult. You need to be completely honest about all the things that you did wrong. The more you list, the better it is, as it gives you an idea of where you need to put the most work. It’s also useful for later on, when you start improving, as you can come back to earlier weeks and see how far you’ve come.

In my case, I did nearly everything wrong for the first few weeks. I’d approach women correctly, then mess up a joke, talk too fast, forget my posture, not touch, and never get a number.

3. What am I going to work on for next time?

This is the best part of the exercise. By listing a whole bunch of bad stuff in section 2, you have plenty of things to choose from. My recommendation? Pick only one thing that you must work on as a priority for next time, and perhaps a secondary one to be fixed if you find you master the first one very quickly. From my own example list, I would probably have chosen to speak slower as priority, and fix my posture as a secondary thing.

Don’t try to go for the big ones right away!

Sometimes you need a small victory to help you gain confidence for a big one.

It’s Not My Fault People Don’t Appreciate My Bestness

In all my years of trying to improve, be it with women, at fighting games, or other aspect of my life that involved other people, I found the biggest barrier was always my ego.

I would self-sabotage by blaming it on someone else. For instance, when I lost at Tekken or Street Fighter, I would often rationalize it with excuses. My belief was that I was definitely the better player, but something else got in the way.

This happens very often. Many players are convinced they are more skillful, the opponent only won because “his character is broken”, or “my controller isn’t working properly”, or “he just spammed me with stupid moves”, or “I could’ve won, I didn’t put the effort in”, or “an alien stole my powers and touched me in the bad place, so I don’t feel so good.”

I would make up excuses, and still lose.

When you go out and meet women, it’s hard to make excuses. You’re confronted with the reality of the situation immediately.

Let’s say you have a new opening line you want to try. You walk up to a girl, and give them the Robin Williams line, which you’re sure is going to work: “hey baby, were your parents retarded? Because you sure are special.”

They laugh at you, think it’s hilarious, then walk away. You try again. Another fail. You try a third time. Fail again.

At this point, unless you’ve got some kind of super in-denial mode, you know it doesn’t work. Your opening line sucks, because reality tells you so. It’s hard to make excuses then, and even harder for you to believe your own excuses. 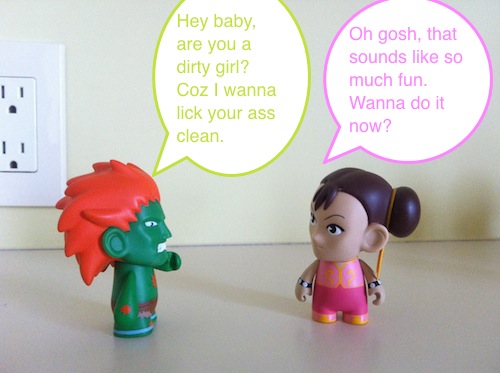 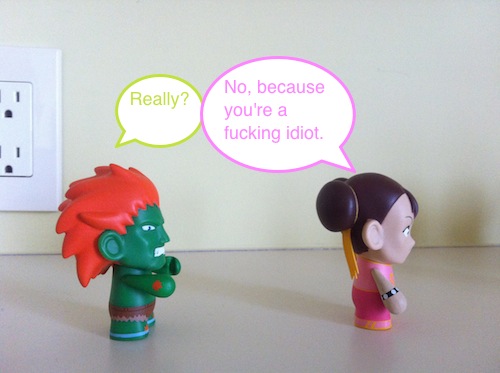 How Does This Translate to Fighting Games?

Simple. In fighting games, similar to the pickup line that doesn’t work, if you lose to an opponent, it means your game style or strategy just doesn’t work.

Denying he’s better than you won’t change the reality of the situation: he won and you didn’t. That means he played better than you did, or chose better characters, or had better mixups. Whatever it is, whatever he’s doing, he’s doing it better than you, because he’s winning and you’re not.

Your attitude of not taking responsibility for losing works against you, for one good reason: it’s not going to get you any closer to beating him the next time you play.

But if you accept that you lost, and push your ego aside, and maybe go through the 3-step process… You’ll probably become a champion.

Here’s one last tidbit you can add to your arsenal, that will make you even better. When you lose to a player over and over again, rather than get frustrated, push your ego aside, and do one simple thing: ask him how he’s beating you.

If he’s really a good player, he’ll tell you, because you understanding how his strategies work will allow you to create counter-strats, which will then give him more of a challenge, and make him a better player overall.

I learned this the hard way when I played my buddy Renato at Street Fighter 4. He beat me down for a year straight, but with persistence, and constantly asking him how he beat me, we’re now pretty even.

But that doesn’t stop me from asking him questions. He began playing me with Ryu recently, and was doing all kinds of fireball traps which kept beating me.

I realized I was losing because I had no idea how fireball mindgames work (I’m a Tekken player, after all). So I asked him how he does it, and last night he gave me a comprehensive, 20 minute explanation of fireball mixups.

I then used that advice to come up with a counter to his techniques. This, in turn, led to him coming up with more advanced techniques to beat my counters.

See how sharing information made us both better?

Alright, I think my point is clear.

Be sure to use this technique to improve at fighting games, women, and anything else you want to improve on. I’ll do it too, let’s recap at the end of the night 😀 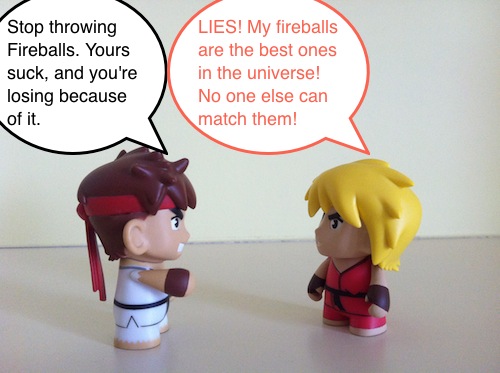 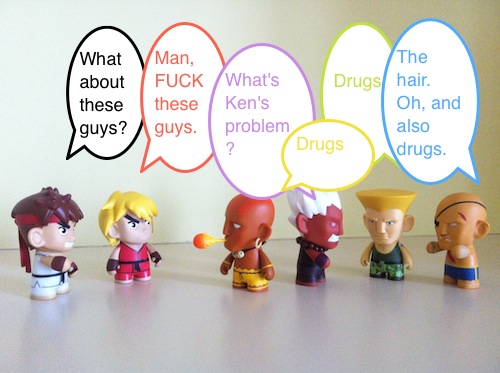 Agree that improving at anything, getting better with women, and being good at fighting games, can all be improved with this 3-step system? Disagree? Fight me in the comments! Hint: use CAPS, they’re overpowered.

Next Post: Why I Gave Up Writing This Year