Lately I’ve been getting a lot of calls from friends asking me for advice on moral dilemmas they’ve been having around sex. It must be something to do with the season, because I’ve had 4 such conversations in the last two weeks. Interestingly enough, I’ve been able to solve all of their problems using the same code of ethics that I’ve developed for myself over the years.

When it comes to love and sex, I break things down into what I desire and the greater good, then I brainstorm a solution. Otherwise, I end up running in circles.

In affairs of the heart and the pants, people often think too much. We worry about how things will turn out in the morning, who’s going to get hurt, what if someone finds out, where all the lube went…

That’s not a big deal. In fact, thinking things through is good practice for healthy living, as long as when you’re done thinking, you take action. Unfortunately, too many people start the thinking process, but don’t go anywhere with it. They get tangled up in the ifs/buts/ands of the equation, with no way out.

Guess who does that too? Young Spider-Man. Poor Peter Parker, always too worried about “with great power comes great responsibilty” to fool around with the girl next door. I learned a lot about how NOT to have a sex life from Spider-Man. 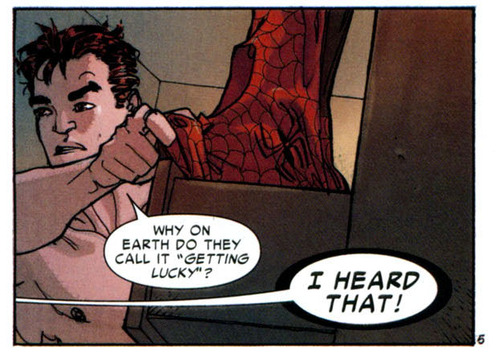 I believe the reason he’s so indecisive is he never really figures out what he wants. He never states his desires in a concrete fashion. He’s always torn between going on a date and saving the day, and ends up having a shitty time doing both.

So, first thing to do: don’t be Spider-Man.

Next, eliminate all external factors, reduce it to its simplest form, and determine what it is that you want.

This will allow you to make a concrete decision later.

Question: “Peter Parker, eliminating any obstacles in your way, including but not limited to Doctor Octopus, Aunt May, your calculus exam, and the mean articles The Daily Bugle writes, do you want to take Mary Jane Watson home and have crazy sticky sex with her?”

Once you determine and/or admit to what you want, you move on to the next part. I usually ask myself a simple question: how does acting on this desire affect the greater good?

Now, by greater good, I don’t mean the rain forests or world peace. I mean it in a more day-to-day fashion, like your group of friends, your work environment, the people you live with, or even your family.

For instance, if you want to have some hot sex with your coworker, ask yourself what the repercussions will be on the greater good. How will your work relationship change? Will you still be able to work side-by-side every day like nothing happened?

At this stage, don’t judge. Just try to determine how things might turn out, and remember, although you can’t predict the future, you can get a rough idea of how certain things will be. For instance, you know if you and said coworker get it on, it will probably affect your work environment in some way.

Spider-Man always asks himself about the greater good. In fact, he goes too far, and thinks so much of the greater good that he forgets to think about himself. He’s great at this second step.

Question: “Peter Parker, what would happen if you were to give Mary Jane a little bit of your sticky webbing and Doctor Octopus was on the loose?”

Answer: “Someone would probably get hurt as a result.” 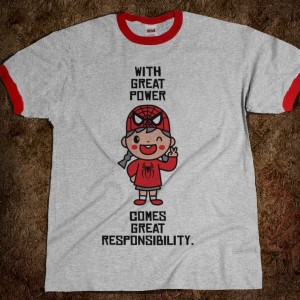 This is the easy part. If you’ve followed the first two steps, then you have all the data you need to make a decision.

You know what you want, and you know what the consequences are on a larger scale. All you need to do now is choose, based on your personal code of ethics.

Question: “Peter Parker, would you still bang Mary Jane if Doctor Octopus was, at this very instant, ransacking the office of J. Jonah Jameson, a man who constantly smears your reputation in his newspaper?”

Answer: “No. I’d go save the day. I’d have blueballs though.”

If I was in his place? Screw Doc Ock, I’d get my rocks off and let one of the other superheroes take the case. Spidey needs to get his priorities straight. 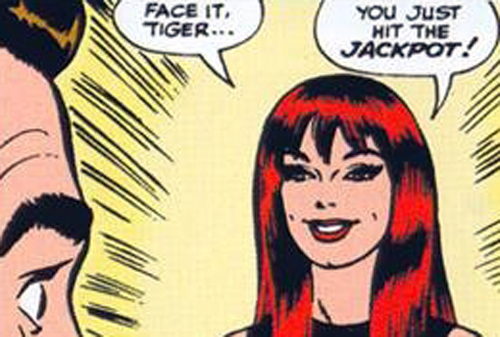 And in real life…?

Two weeks ago, my friend Jack (name changed to protect the innocent) told me about a dilemma he was having. A coworker was hitting on him, and he was really turned on by her. However, he knew she had a boyfriend, and didn’t want to mess up their relationship.

Or rather, he really did want to, but couldn’t. Or wouldn’t. Or shouldn’t. Argh! Circles.

“Let’s move on from this silly conversation,” I said, “and ask the correct question. Do you want to fuck her?”

In response, Jack gave me a metaphor about her being chocolate, and he’s on a diet. I tried phrasing the question differently, and got another indirect response. He continued to dance around the subject, and I realized he was being evasive because he was unsure of her answer. There were too many variables involved.

So I eliminated them all. I repeated the question, specifying that he forget all other details except what was right in front of him. In other words, when he’s at work, and they’re flirting, does he want to have hot sex with his coworker?

“Now you know what you want,” I said. “And there’s no shame in that. What happens if you act on it?”

“I’ll be the other man,” she replied. “I’ll feel guilty for helping her cheat on her boyfriend. And work will probably get weird.”

“Alright. You know what you want, and you know what the consequences of it are. What are you going to do?”

He pauses again. “Nothing. I’m not going to do anything about it. We’ll keep harmlessly flirting, but that’s it.”