You’ve conquered your approach anxiety. You dress well. You feel confident. You’re ready to walk up and talk to her.

You introduce yourself. She introduces herself and smiles. Things are going great.

Then you draw a blank. Your mind goes completely empty.

“How could this be happening?” you think. “I used to know lots of words. I told a story once or twice. Why can’t I remember anything right now? Fuck!”

And it’s done. She makes up an excuse, and wanders off to continue whatever she was doing before you interrupted and brain farted. Too bad. 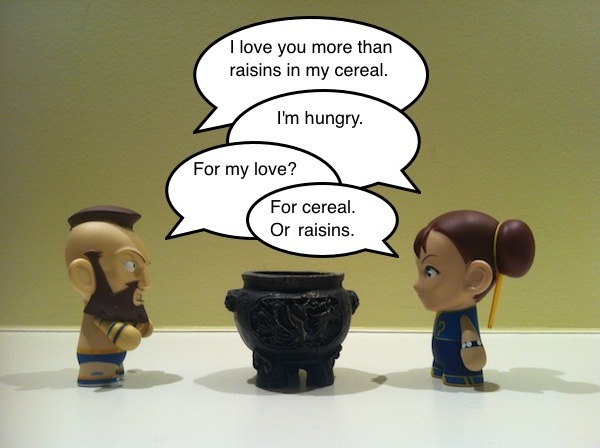 Some Things To Review

I’m going to get right to the point: everybody has a different opinion about what you’re supposed to say to a woman. What I’m going to tell you isn’t the ultimate magical routine that’s going to save the day.

Rather, it’s the options that have worked best for me, as a lazy and often insecure geek.

The stuff you’re not supposed to talk about at first:

The stuff you need to remember: 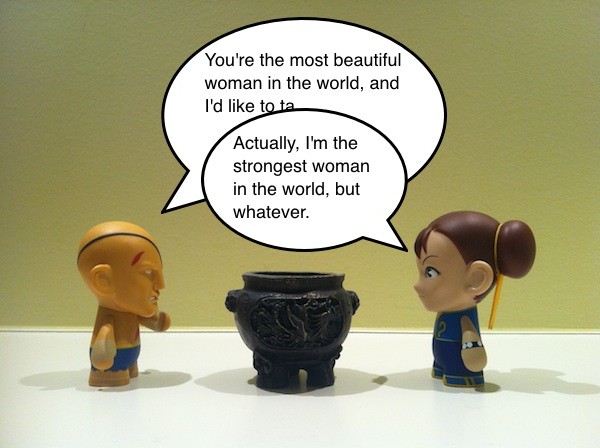 As mentioned, I’m lazy. I never remember stories or lines, except for the obvious openers to get started. If I can’t bring up something striking about her, the venue, or my day when I approach, then I default to my one super secret, genius, ultimate opening line.

Ready? Here it is:

I walk up to a woman, and lightly do a shoulder touch. When she faces me, I put out my hand and say “hi, I’m Rami.”

We shake hands, and introduce ourselves.

There’s no secret sauce, no ultimate magic, no ninja batman with gadgets up the wazoo. There’s just me and a girl saying hello, and touching hands for a second.

I usually start with something I’m passionate about. I travel quite often, so my conversations often begin with a recent destination, or an upcoming one.

The important thing is, I need to bring value to the table.

There’s a concept in the pickup community known as demonstrating value, wherein you show the people around you that you are not only worthy of them, but having you around leads to a good time. Note: This happens naturally with your friends, because otherwise you wouldn’t be friends with them.

When most guys approach a group of women, they introduce themselves, then immediately launch into questions. “Where are you from?”, “what do you do for a living?”, “how’s your night going?”, etc

In this situation, you’re not giving her any reason to want to talk to you. All you’re doing is asking her questions about herself. You’re not giving value, you’re just taking. Meanwhile, she wants to know about you, to see if you’re interesting enough to talk to. The interview style questions you’re throwing at her won’t provide her with the information she craves.

What you need to do instead: don’t ask her any questions about herself at first, it’s a trap.

Instead, say hello, and begin talking about yourself. 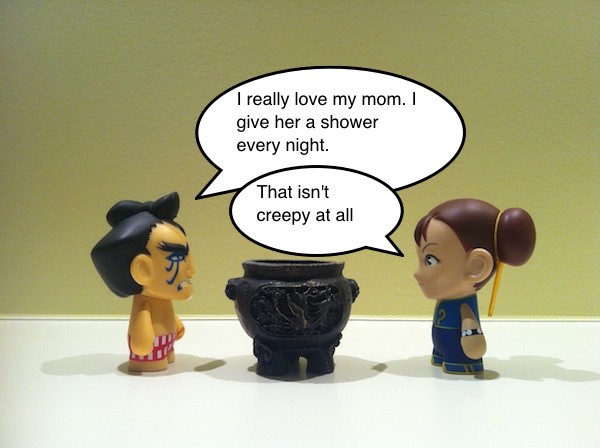 What I Talk About

Ah, the million dollar question. This is where you demonstrate value.

Subjects allowed: anything that makes you look good in a non explicit way.

Example:
“I threw a really awesome birthday party last week. All of my friends were there to celebrate with me, and when midnight came around, they brought out a surprise cake and sang the birthday song. I was so touched.”

This story says you’re a great guy, your friends care about you, you have normal emotions, and you have an apartment/house that can accomodate all of your friends.

An explicit version of the same story would be the following:
“I’ve got lots of friends, and I have a big ass house.”

So, demonstrating value involves saying good things about yourself in a subtle way.

Here are some good qualities you can mention, usually in stories:
-being social
-travel
-financial stability
-having female friends
-having ex girlfriends
-something you’re passionate about
-a funny event that recently took place
-your friends are badasses that do crazy shit, and you admire it
-anything, really, as long as it’s interesting.

Just remember not to be too on the nose. No one likes a person who brags.

By saying good things about yourself, you’re pumping your value up, making yourself more interesting, and differentiating yourself from all the other dudes out there.

Instead of being the boring same guy that shows up and starts asking questions, you can be the interesting guy that says hello and talks about his trip to Thailand.

She’ll be sure to chime in, and either ask questions about your life, or give some examples of her own.

All of a sudden, you’re no longer in an interview: you’re having a CONVERSATION.

Just remember, if she can’t relate to your stories, she’s probably not right for you anyway. When I approach a woman and talk to her about travel, if she hasn’t traveled before, or is completely uninterested by the concept, she’s not my type. I’m always flying around. 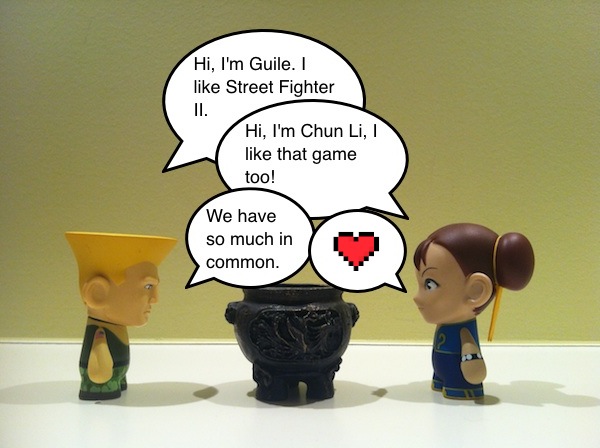 Remember, this is by no means an exhaustive summary of everything you’re allowed to talk about. It’s just a compilation of some of the most effective things.

Next Post: I Said Yes and Ended Up In Brazil