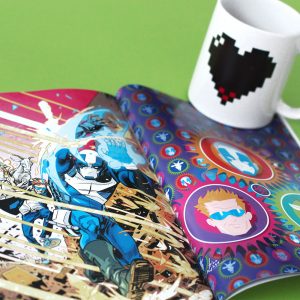 If you really think about it, thanks to our groovy society, there aren’t many differences between dating someone and being friends with them.

Men and women that are friends still have deep conversations, hang out regularly one on one, and can do most things couples do.

The main difference, then, lies in the physical relationship: couples have sex, while you go home to your hand.

How can you use that knowledge to your advantage?

In today’s post, I’m going to show you how to touch a woman to be more attractive, and stay out of the friend zone.

The Importance Of Touch

I can’t stress enough how important touch is. Let’s start with the why.

From an evolutionary perspective, humans are conditioned to enjoy being touched. An infamous study conducted in 1944 showed that babies will straight up die if they don’t get enough affection, even if they’re well-fed and safe.

Every touch you have with another human, be it a high-five, handshake, or hug, promotes the release of oxytocin in our brains. Oxytocin is a delicious molecule that creates trust, connection, and liking someone.

Think about how good it feels to be hugged, or hold hands, or skin on skin contact during sex. That’s oxytocin working on you.

So when you touch someone, you help their brain release that happy chemical, and helps them like you. Do I have your attention yet?

Why Touch Is Important To Avoid The Friend Zone

Let’s forget about science for a second.

In my personal experience of meeting thousands of women and figuring out how to flirt and get dates with them, I realized one important thing:

As I mentioned in last week’s post on avoiding the friend zone, “if you make small talk, you’re nice, and keep the conversation light and fluffy, things will seem like they’re going well.” But if you haven’t touched her yet, then you’re not really building much attraction. You’re letting her know you’re a friendly guy?

You know what friendly leads to? The Friend Zone!

Worse still, if you try to go for a kiss or a touch later on in the interaction, after not touching for the first two hours, it’s WEIRD. 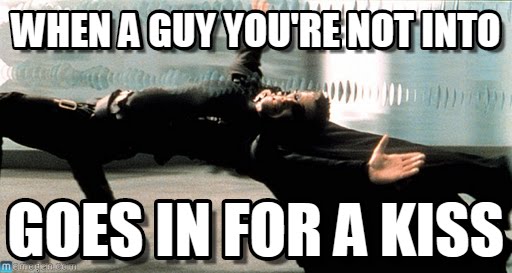 Instead, you want to touch her immediately after meeting her, and keep touching her as you talk. In doing so, you’re sending her a subliminal message that says “hey, I want to get physical with you”.

Now, keep in mind that you can’t just run up to people and start groping ass. That’s destined to be a major fail. Rather you have to keep it light at first, and increase the touch as you talk, while gauging her reactions.

How To Touch Someone To Build Attraction 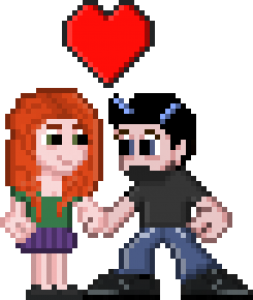 Start with a handshake, or high five, or an elbow touch.

This goes really well with my favorite opening line, where I just introduce myself and shake hands.

You follow this up with light touches that are short and in a non-erogenous zone, like the elbow or shoulder.

As the conversation goes on, touch her shoulder, maybe give her a hug when she says something cool or funny, and make the touch last a bit longer. If the venue is loud, and she’s speaking into your ear, put your hand on her lower back for a few seconds, then pull it away when she stops talking.

At this point, it’s crucial that you gauge her reactions to your touch.

You may find out pretty quickly that she’s not into you when she starts pulling away from your hands. If that happens, don’t waste any time, just move on and talk to someone else.

If, however, she begins to touch you back, you’re getting a green light to move forward, so don’t be afraid to become a bit more intimate. The more you touch, the stronger your connection with her becomes.

Another great sign that she’s into you is if she starts to touch you back. Is her hand on your elbow, shoulder, or chest? She’s flirting with you.

The final steps come when you guys are seated. If your hand is on her knee, and she’s not moving away, she’s ready for you to make out with her.

If her hand is on your knee, and you haven’t tried to kiss her yet, do so now.

There’s this great list of touch zones that you can find pretty much anywhere online these days. Here’s a summary of the zones, in the order in which you progress.

There’s one crucial mistake all rookies make, including myself, that a lot of these lists don’t tell you about. Here it is:

DO NOT look at your touch.

If you put your hands on her shoulder, don’t look at the hand on her shoulder. It’ll draw undue attention there and make things weird. Instead, make eye contact as normal, or look away.

I personally have a specific rhythm I like to follow where I talk, touch while looking away, then release the touch and keep talking.

But I’m Not a Touchy Guy

When I bring up the importance of touch, geeks tell me all the time that “they’re not touchy guys”. But that’s why I’m here, to teach you how to become one, because I’ll be honest with you, I was the worst at this. 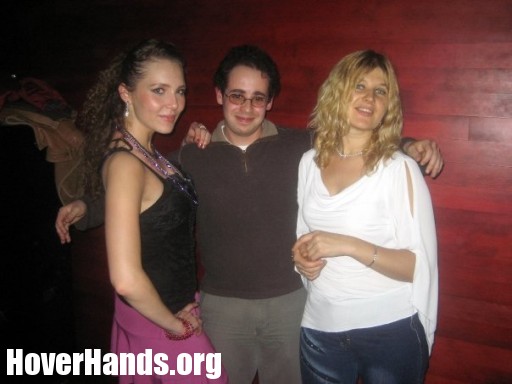 I was totally the hover hands guy

For years, I didn’t touch anyone, because I was super awkward. Anytime I put my hands on another human, I felt like I was crossing a personal boundary. It got to the point where I was afraid to touch people, because I was worried I was in their personal space.

This is totally at odds with how humans communicate: most people talk and touch naturally when they’re comfortable.

As a result, I missed out on many opportunities with women. I would talk her ear off, while she desperately hoped for a kiss. Eventually she’d get bored and leave. Wouldn’t you?

Thus I learned through many failures that it’s worth reaching out and touching, and I’m confident you can too.

Also, anytime you worry about touching, think about all those douchebags you see at the clubs that randomly grind up on girls, and end up taking one home. It wasn’t pretty, but they touched.

I’m not saying become Mr Douchebag, because he’s kind of greasy, but he succeeds where we fail, right?

So get out of your head, and into your body instead. A happy middle ground, where you talk and you touch, slowly going through the checklist, is the way to go.

As mentioned in last week’s post, there’s a small window when you first meet someone where you define how your relationship is going to be.

If you just talk, and don’t get flirty or touchy, you’re going straight to the FRIEND ZONE.

If you wear suits made of Neutron-90, and fight the Black Widows, you’ll end up in the SPIRAL ZONE. 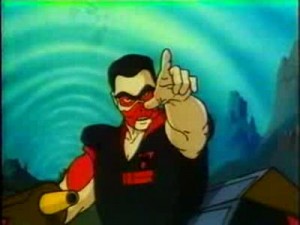 The Spiral Zone. It’s a scary place, but probably better than the friend zone.

If you talk, and you touch right, she may start being into you. Follow this up with more physicality, and a bit of sex talk, and you may just end up in the SEX ZONE.

That last one is my favorite.

Previous Post: The Ultimate Guide To Avoiding The Friend Zone

Next Post: PODCAST: Don’t Be Afraid of the 3D Girl