I’ve been back here for 6 days now, and man it feels good to sleep in my bed again. I love travelling, and I’m all for running around the world visiting new places but, and I know some of you are going to give me shit for this, my favorite part of any extended trip is the return.

That first moment, when I set foot in my apartment, yell “Honey, I’m home!” to no one in particular, and laugh at my silly ritual, is priceless. Of course, it’s followed by my next move which is almost as good: using my own bathroom. Ah, the feeling of the toilet bowl on my pert buttocks as I read a comic book… but I digress.

The beauty of my most recent trip is it allowed me to enjoy my loved ones for much longer than I’m used to. Spending time with my family was wonderful: I got to see the people I love most in this world in their natural element, and really appreciate them on a different level.

When you see family once a year for two weeks, you just get the good stuff. Everyone’s on their best behavior, pleasant and calm. But when you spend nearly two months with them, the shiny veneer is removed, and you enjoy the beauty of spending time with who they really are. Sometimes we fight, sometimes we drive each other crazy, but most of the time we’re in harmony.

What did I miss?

If you’re a regular reader of the blog, you’ll have noticed by now that I have many, many different interests. I have a hilariously diverse skillset, that goes from playing the harp to making exceptional Thai food to being a pro gamer.

And first amongst all my interests is a two-way tie between meeting ladies and playing fighting games.

The irony is, neither of these things was available on my most recent trip.

That’s right geeks, I was stuck at home, on a couch in the Middle East, with no women for me to meet, and no one to play fighting games with. And I did it for nearly two months.

To celebrate my return, I decided to do an excessive amount of both last week, which culminated in Japanese food, phone numbers, sex, jetlag, a ridiculous amount of hours playing Ultimate Marvel vs Capcom 3, lots of tequila, the gym, a VHS tape on the sidewalk outside of a club, and possibly a midget. 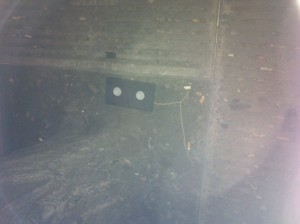 Let’s celebrate my return to my two loves with a good old-fashioned and short list, as I ease into my new working life.

As a geek that specializes in fighting games and meeting women, I realized there are a bunch of skills that are transferrable from one to the other.

1. Fighting games require quick reactions
When you’re playing with an opponent and have less than a second to register their moves, you have to be fast to adapt. If you don’t, you die. When you’re talking to a lovely girl, and her friend is getting antsy to leave, you better react fast and get her number. Otherwise, missed opportunity.

2. Momentum is everything
You ever have one of those nights where you feel like the whole world loves you, and everything you say is met with grand laughter and fun? It’s a snowball effect, where you feel confident, which attracts people to you, which makes you feel more confident, which… you get the idea. Similarly, if you’re kicking ass at Tekken, you’ll rush your opponent down more, which will make you win more, which will make you rush more… know what I’m saying?

3. Safe play is the way to go
If you’re throwing out moves willy-nilly, you’ll probably get beaten by an opponent that knows your frame data.Example: if you do a Shoryuken that gets blocked, your opponent will punish you for it. In the real world, women aren’t your opponents, but STDs sure as fuck are, so give the minigeek a raincoat. If you wanna win, Play Safe (Protip: seriously, that means wear a condom. No one likes the herp-a-derp down there). 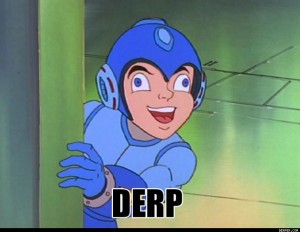 4. Women are awesome
Be it in fighting games or in real life, I love the ladies. My lover(s)? Awesome. Chun Li and Nina Williams? Awesome. ‘Nuff said.

5. Persistence is everyth… a close second to momentum
Not like harassment (“gimme your number” over and over again won’t work), but more like getting rejected and getting back on the horse. No one ever gets the girl or wins at a game without losing a lot. You power through that, and make it to the other side. Which leads to…

6. Practice makes perfect
The only way to get good at both fighting games and meeting women is practice (Protip: this applies to most areas of life. Except getting taller. I tried. Sorry). But not just any kind of practice: it needs to be deliberate. When something works, you write it down. When something doesn’t, you eliminate it from your game. Eventually, you’ll be both master of combos and female hearts.

And in case you haven’t already, sign up for my mailing list by using the right sidebar. You’ll get some hilarious emails from me, and be the first to receive my free ebook when it’s released.