A while back, I read a post on Facebook by Brett Navarro, aka Psychochronic, a well-known player in the Canadian fighting games community. In it, he expressed 10 major philosophies he follows as part of the FGC. They’re pretty opinionated, and they make for an interesting read, so he agreed to let me repost them here. I tried to edit as little as possible, so don’t be surprised if it reads like a Facebook post. To know more about Brett, you can find him on Facebook.

1) “I want my presence to look like an invasion.”

You need to do something to ensure that you stand out, be it your gameplay, looks, mannerisms, etc…You need to be a character sometimes (both in-game and outside of the game) and that’s how people will remember you. There are certain things that certain people do that separate them from the rest and that’s what makes them unique. Nobody cares about the person that’s all timid, silent, despondent, exclusive, isolated and clique-ish. I might as well call you a standoffish princess.

2) “Before you become a bus monster, you must first become a commute monster.”

Now granted that some people don’t have access to cars or even a license, commuting (public transportation) is your only option to get around. With commuting, you can understand time-tables, routes and maps easier, you analyze your timing within segments (early/late) and as a result, your travel mentality gets increased. If you can go from point A-B in let’s say two hours on a frequent basis, that same two hours will look like 20 minutes. This is why in long bus trips to majors, I never complain about the ride. If you can go through x hours on a plane, a bus (or car) shouldn’t be a problem. 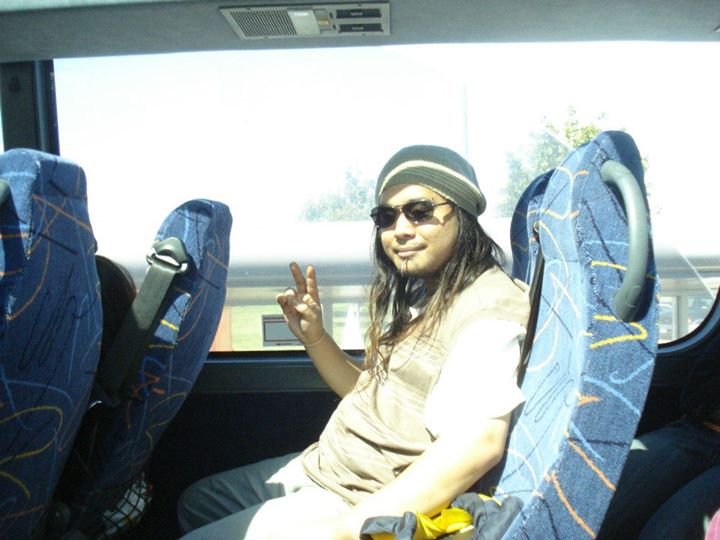 3) “If you realize every time you ask your home scene for help you’re ignored or rejected, you figure it out on your own.”

Do you really need to rely on someone, or your precious clique, to get you around the scene and hold your hand at all times? I say the word “clique” very harshly because there are people that can’t survive in the scene as an individual, hence “separation anxiety”. Tell me, what’s going to happen when none of that will be there for you? Are you going to give up or ask another group for help like a scavenger? Why rely on anyone if you know deep down inside your heart you can achieve so much on your own. If high-school kids can find their way to majors without asking their home scene for help, nobody else should have an excuse.

4) “Majors are about socializing.”

Going to a major, you’re meeting people you see on streams every week or month, get the chance to fight playstyles you haven’t seen yet, and have a fun time as you would at home with your scene. These are people you don’t see everyday, even the smallest piece of knowledge is enough to increase your metagame. I mean, we’re all sharing the same interest, playing a game on a competitive level with players that travel from x parts of the world. You have Facebook or Twitter for a reason, might as well use it to network with the scene.

If you’re gonna go to a major with the sole intention of only playing casuals or tournament matches, not talking to others, not asking advice and only hanging out with the same friends you see at home every week, you’re doing two things wrong: you’re wasting your time, and you’re potentially robbing someone else’s opportunity to level up. I might as well say that you’re unapproachable. 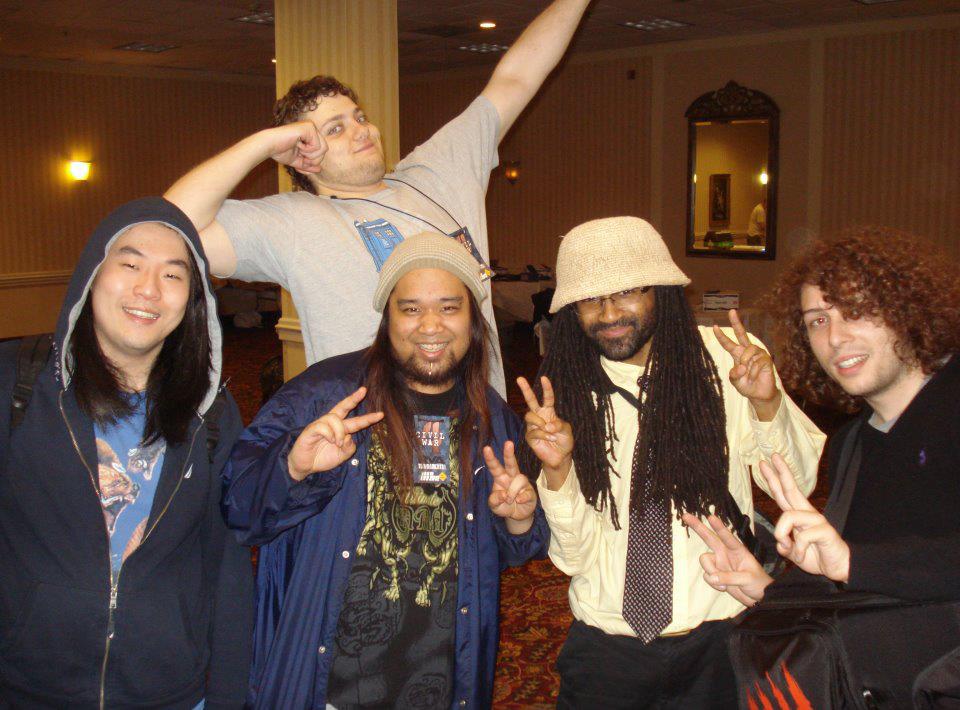 5) “Enjoy and appreciate what’s being presented to you.”

Not all majors are the same, every major has a different atmosphere and presentation, and that’s what makes it fun.

Here are a few examples so you’ll understand:
–Final Round is like another EVO, with Tekken being more important than usual
–Season’s Beatings’ main emphasis is exhibitions and team battles, spanning back to MvC2
–CEO is a wrestling-themed battleground with finalists getting their own entrance music before playing
–Keits’ has perfectly scheduled pools and Mystery Game all in a carnival-themed environment
–Big-E’s is where all games can happen, from classics (A2, A3, 3S) to poverty (Eternal Champions, Golden Axe)
–Canada Cup’s main draw is the prestigious SSF4 5v5 with internationals in attendance
–Evolution is the mother of all events with 40+ countries in 6+ games

And those points above are “major mentionables”, but in terms of “common mentionables”, not all majors have trophies, medals, top 8/16/32 payouts, arcade cabinets, merchandise booths, raffles, multiple streams, 720p+ quality, off-stream recording stations, salty suites, etc…I think you get the point.

6) “If you live in a region that has competition and you’re not taking advantage of it, you’re purposely trapping yourself in a bubble.”

For years on an occasional/selective basis, as an attempt to grow the scene, I’ve tried to help online warriors, forum lurkers, underground groups and even stream monsters get active in their local scene, but there’s always some excuse which prevents them from getting out. This clearly shows that you’re easily intimidated. This is an issue that applies to every community, and it’s been like that for years.

All these people who pump in hours of online matches or sessions with their hidden underground group but won’t show up for a local event (or travelling to a neighboring city) with real competition? Not only does this potentially stunt the growth of a scene, but it shows laziness and demotivation to you or your group as a whole…and you say you wanna get better?

I got this from the “King of Chinatown” documentary, and this point holds merit. You happen to win an event (let’s say a local), or happen to place high enough to the point that you’ve became mentionable, what happens after that? I don’t care what you do with your prize or what you purchase with your winnings, the real effect is the aftermath, and I’ve seen both directions go by.

You can “prove your legitimacy and be a contender.” I’ve seen people win or place high enough to ensure that they’re motivated for the next event. This shows hunger and passion as you yourself wanna consistently maintain your top spot, knowing full well the competition will be hunting you down. You’ll level up due to the amount of pressure coming after you then you go on from there.

You can “disappear and your win don’t mean shit.” I’ve seen people win and simply disappear without a trace, never to be found again, relegated back to online or their underground group. Nobody cares about the person that luckily happens to steam-roll the competition then leaves. I don’t care what excuse you got, this shows that not only was your placing a fluke but you’ve also wasted everyone’s time. Everyone is clearly looking to see how you’ll perform at the next event and should you not prove yourself after your supposed “fluke victory”, then you are considered a fraud that can’t redeem yourself. A clear indication of “wasted talent, one-hit wonder, 15 minutes of fame, etc…”

8)  “Try to have a checklist of goals and achievements.”

What is your purpose in this scene? Obviously to get better and learn from your mistakes as well as defeating your opponent constantly, am I right? Having a checklist of goals and achievements to cross out gives a form of drive and motivation, and also, you wanna try to have the best experience possible. Everyone has different reasons for having fun and checklists of what they wanna achieve and why they’re in the scene, but we all share a goal: push yourself to the limit and get better. Try to have that constant drive, whether it’s being better than someone, proving a clique wrong, knowing your capabilities, constant travel, etc…show the scene that you belong here.

If your only intention is to meet up every week and shake hands (and playing friendlies) rather than focusing on your game, I dunno what to say…maybe competitive level isn’t your cup of tea. 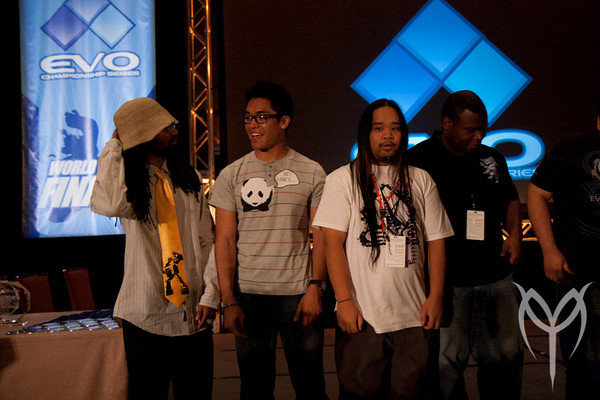 9) “The internet is an important resource, make use of it.”

If you feel for some reason that playing with your scene is not enough to help you level up, the internet has vast amount of resources to help you out. People these days should feel lucky, as back in the day, tournaments were on DVD and we had to wait x months rather than watching on a stream. You also went to the arcade to practice as console was inferior (and there was no online mode). Now, you have Youtube for combo, match and tutorial videos, forums for matchup analysis and combo transcriptions and offline matchmaking, online for the resource of playing 24/7, training mode and its robust amount of options, Facebook for gathering and networking, Twitter for instantaneous updates, etc…

Having trouble in a certain matchup or intrigued by a specific combo? Search it up!

10) “America is the land of exposure and you wanna make a name for yourself, travelling to the States is the logical next step. You don’t have a choice.”

Please bear in mind that I’m saying this (as every other point listed) from a Canadian perspective. The Capcom community is huge, but we don’t have the volume of players that America does. The constant amount of activity that goes on in the States, it’s like there’s almost a major every month. The level of skill that goes on, it’s like the weekly tournaments mean something. Nobody cares about wins at local tournaments here. This is why I hassle people into getting their passports, America is the land of competition and exposure. And I say exposure not only referring to the number viewers on stream, but also all these scenes from  20+ different areas all in one location. Let’s say that you’re the best player in your region or city, it really doesn’t mean anything if you don’t step out of your home scene, right?

If you think you can make a name for yourself in the scene and not travel abroad, I have a two things to say:
–you have never travelled to the States for a tournament.
–you lack an open mind as there’s way more to the scene than just your home.

So there you have it folks, ten philosophies I follow in the FGC which can lead to “happiness and satisfaction!”

I just hope whoever reads these ten points happens to get their eyes opened.