This year at EVO 2014, I sponsored the Tekken Casino. 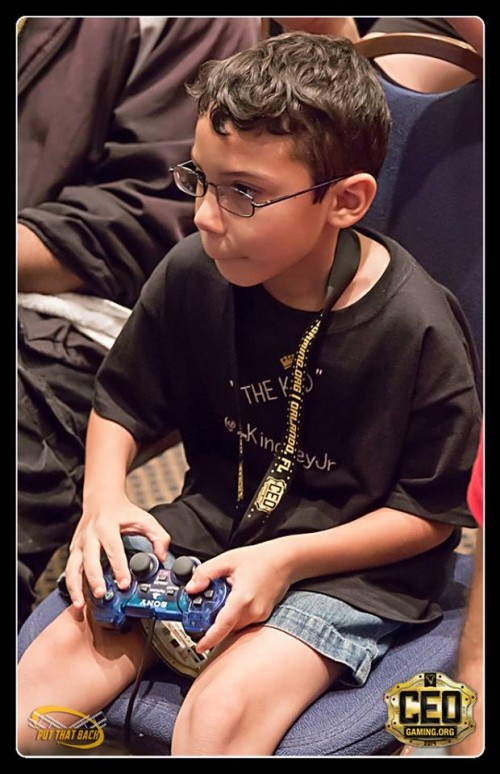 We rented a room at the hotel, and played games on 6 different setups, while also streaming some matches.

While taking a break the first night, I noticed a tiny kid walk into the room, grab some cookies, and then give a player some tips on how to beat Bob.

That same little kid ended up playing a match against Katsuhiro Harada, the creator of the Tekken series, later on that night.

I had a chance to hang out with his father, Rey Michael Escanio, for an interview. He answered some great questions about teaching his son fighting games, which I’m really pleased to share with you all today.

Rey, how old are you, and when did you start playing fighting games?

I’m 35 right now. My first fighting game was Mortal Kombat 1. I was still a teenager in middle school at the time, 8th or 9th grade. I then played Mortal Kombat II, and stuck with the series til 4. In ’94, I started playing Tekken, and it’s been my favourite game since.

When did you get started with the Fighting Games Community?

Technically around Tekken 3, although the first major I ever travelled to was in Texas for Tekken 4. It was TiT 5.

When did you get married?

She and I were basically friends for years, and started dating in 2003. We were together for a year before we got married, and in November 2005 we had our first child. My oldest son Matthew, aka King Rey Jr. 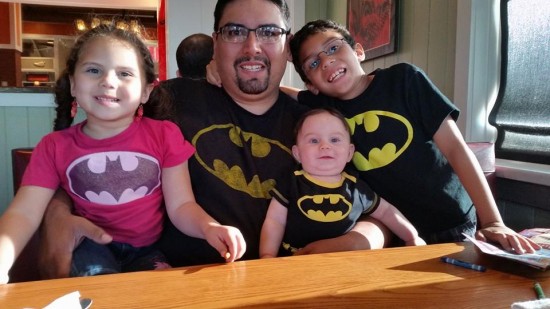 How did Matthew get into fighting games?

When I had kids, I had no intention of getting them into fighting games. With him it was special because I would practice, or my friends would come over for casuals, and from an early age, he would stop whatever he was doing and come watch. He wouldn’t move until we were done. By the age of 2, around the Tekken 5:DR era, he knew all the characters in the game, and if someone took Mokujin, he could recognize who it was based on the stance.

He didn’t win any rounds, but he had a good time. He played casuals after the tournament for about 5 hours, and afterwards, he came up to me and said “hey dad, can you teach me combos?”

I taught him, and a few months later we went to another event, where he won his first round.

What made you guys decide to go to EVO?

This was actually the first EVO for either of us. I haven’t had an opportunity to go until now. Coming into this year, I had planned to take him to EVO, but when they announced it wasn’t going part of the lineup, we were both kinda bummed and decided not to go.

When they announced it was back, we scrambled to make it. I created a Twitter account for my son, and my sister stepped up and made me a deal: if I could get him 200 followers, she would sponsor him to go to EVO. We did it, and we went.

We had a great time.

What about Matthew’s match with Harada?

We were in Tekken Casino, and Michael Murray and Mr Harada were taking questions on stream, when someone in the chat asked if they could see Mr Harada play on stream. They started thinking of who he would fight, and Bronson Tran stepped up and said “there’s an 8-year-old kid dying to play, let’s get him on.”

My son won 2-0, but it was down to the last round each game. He was a bit nervous, and it makes sense. I’ve never been as nervous as I was during EVO, and went 0-2. My son did better than me, he did 1-2. So I know if he was less nervous, and dropped less combos, he would’ve won more against Mr Harada. But he had fun! 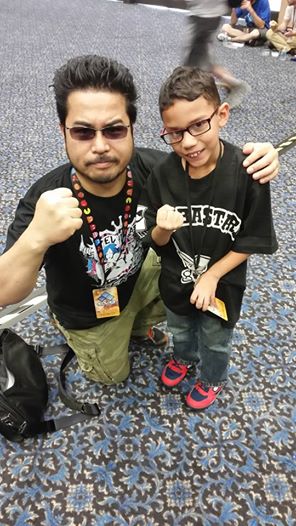 How do you manage your son’s time playing fighting games vs doing other kid stuff?

You have to stay active with your kids. I put my son in baseball, I put him in soccer. He plays lots of organized sports, as well as video games. He plays games at home, but that’s because he’s an honour student. If it weren’t for that, I wouldn’t allow him to play.

That’s the deal we have, he keeps the grades, and he can play. It also gives me leverage if he acts up, because I take the games away. It means enough to him to straighten his behavior up quick.

Do you set a time limit?

As far as the time limits go, I tell my kids, including my 5-year-old daughter, as long as they do their chores, and keep the grades up, I have no time limit on them playing games.

When it’s time to go to bed, they shut it off, when it’s time to eat, they stop and come eat. As long as they follow the rules, and hold up their end of the bargain, I have no issues with them playing games.

I believe games are a way to make people better problem solvers, and help you learn to deal with adversity. When it comes to the competitive side, it also teaches you how to handle losing. It was an issue with my son at first, when he would lose he would go hide under a table.

What did you do to solve that?

You have to kind of explain how to handle those situations, it’s a learning experience. How do you handle a loss, how do you learn from it, how do you go forward. It takes time, especially when kids are young, because they don’t grasp the concept of losing and learning from losing. They just see it as losing, they don’t see the benefits that come from it.

By teaching Matthew to be a more graceful loser, he’ll be a better winner when the time comes, and will be able to handle that situation better as well.

Do you think you’re creating the next generation of games?

Maybe (laughs). The FGC is evolving, and new gamers are appearing every day. My son will be part of that new generation.