There is only one context in which you are allowed to call your girlfriend, wife, or partner a slut.

One context in which you can call her any other kind of normally horrendous word.

That context is during sex. 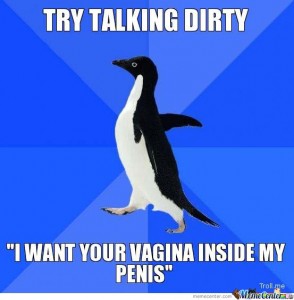 What IS Dirty Talk?

I love dirty talk during sex. I love it. It’s one of my favorite things to do. I’ve dirty talked many woman I’ve had sex with, and many of them dirty talked back. It’s great.

What exactly is dirty talk?

Thanks Wikipedia. Dirty talk is all those things you say during sex that turn you and your partner on.

I like to see it as a spectrum: on the one end, there’s “nice” dirty talk. You describe what’s going on, tell her what you want to do to her, and probably won’t cross a line. It’s safe dirty talk.

Example: “I want to bite your neck and pin you down while I take you.”

On the opposite end, there’s the really nasty stuff, where you completely degrade your partner, or she degrades you, and there’s lots of normally forbidden words, like “whore”, “slut”, or “carbs”. Example: “I’m going to fuck your mouth like a nasty whore,” or “I’m going to feed you this bread even though you’re on a low carb diet.”

And then there’s everything in between. All forms of dirty talk are viable options, and what you decide to go with depends on what you and your partner are comfortable with.

Which brings me to the second point of today: communication and limits.

We were in bed, making out and tearing each others’ clothes off. I was telling her all the nasty things I was about to do to her, and she was loving every second of it.

“That’s exactly what I’m going to do, you hot little slut,” I replied.

She paused for a second, narrowed her eyes and looked at me.

“Did you just call me a slut?” she asked, frowning. Uh oh.

“Don’t do that again.” Then she shoved her tongue in my mouth.

Phew, crisis averted. I got lucky that time. If she wasn’t so into it, that one word could’ve killed the vibe and ruined the great sex we had.

That’s why communication is so important.

Everyone has different limits on how far they’re willing to go. It’s ok to press yourself right up against that limit, get real close to the glass so to speak. But it may not be ok to break through.

If your partner says “I’m really into being called everything, just don’t mention the word whore”, you’d better respect that. It’s how you build trust, and the comfort to explore new things. 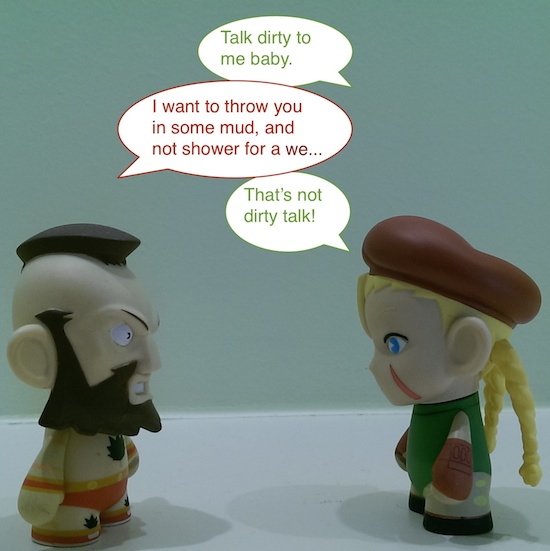 How do I know what my partner’s limits are? Not all of us are comfortable having the talk about limits before the first time we have sex with someone new.

I myself don’t usually bring it up the first time I have sex with someone. But I do talk dirty on the first time. How do I do it, without crossing a line?

Here’s an easy, no-danger way to go about dirty talk with someone new.

During sex, initiate the dirty talk, and keep it mild, like that Friends example I gave you earlier. Don’t call her any names or get too kinky with it. Stick with describing things like what you want to do to her, what you want her to do to you, and keep it mostly vanilla.

Then, once the sex is done and you’re both basking in the afterglow, check in with her.

Ask her if she enjoyed the dirty talk. Find out if she wants it to be kinkier, or if you need to dial it down a notch. You can even get specific, and see if she’s ok with you using certain words.

Whatever you do, don’t go overboard right away and start talking about that depraved thing you like with the cornucopia, two bits of string, the llama, and Pepto Bismol. It might not go over so well. 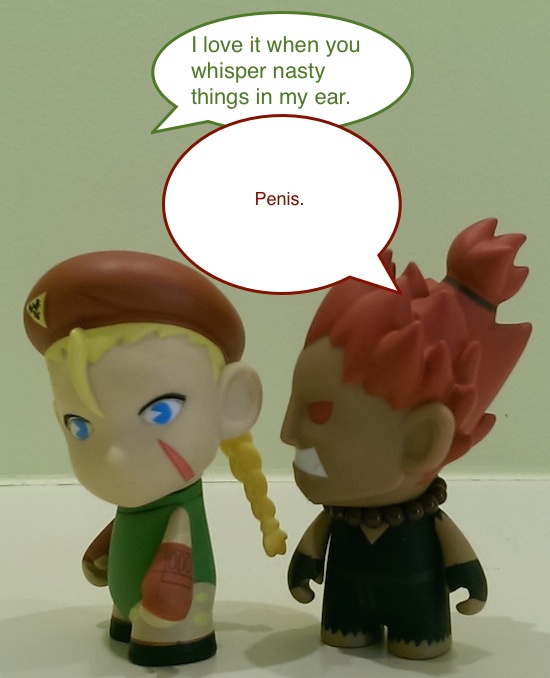 Here’s another protip: don’t expect her to like certain things because of her appearance. For instance, many guys expect women with an alternative look (tattoos, shaved head, etc) to be really nasty in bed. Bullshit!

Always start slow, then check in to confirm. You’ll be surprised at what you find.

Years ago, I hooked up with a woman that I can only describe as a staunch feminist. She was all about fighting the patriarchy, empowering women, and creating safe spaces for people to express themselves.

It was a serious turn on for me.

When we got in bed, imagine my surprise to discover she wanted to be called a “worthless cunt” and degraded to the point where even I was uncomfortable. I eventually got into, and we had a grand old time. Then when the sex was done, we were back to talking like normal people.

Conclusion: check your expectations at the door, and check-in with your partner.

Create a Safe Space to Explore

So why am I bringing up dirty talk today?

Believe it or not, it’s a really easy way to help your sex life. Science has show multiple times that women respond really well to aural stimulation (see what I did there?). So stimulate her aurally.

The thing is, there’s a lot of taboo around dirty talk, especially if you do it wrong. It’s important, therefore, to establish clear boundaries about when it is and isn’t ok to do the dirty talk.

Part of the fun of sex is creating a safe space where fantasies can be explored, without judgment and fear.

Normally, in a good relationship, there is love, trust, equality, and caring between you and your partner. But often these things that are so desirable in a relationship have no place in the bedroom.

I don’t want to be equal in the bedroom. I want to take charge, and dominate, and get aggressive, and really let loose on all the animalistic impulses that course through my veins on a daily basis.

There’s no room for equality when someone gets tied up and spanked.

And so we come back full circle to today’s title: the word “slut”.

I’ve fallen madly in love with women that I’ve called “slut” in the bedroom. But when we’re in everyday life, being equal human beings, I would never, ever, EVER use that word to describe her.

Because using the word “slut” during sex is part of the fantasy, the scenario. It’s part of what I like to call “play”. All bets are off during play, “slut” is reappropriated to be part of her or my fantasy, and that makes it ok.

However, when you’re not playing, it becomes a wretched word, one that I feel has no place in the English language: all it does is make someone feel bad.

In sum, call your girlfriend a slut if it turns her on during sex.

Don’t use it any other time. 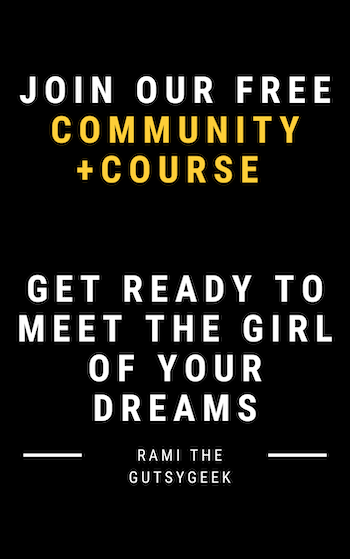 We HATE popups just as much as you do...

But now that you're here might as well tell you why we decided to annoy you 😁 (it's worth it, I promise)

We have a NEW FREE 8-LESSON DATING COURSE called "Meet & Attract Your Dream Woman" that is going to BLOW... YOUR... MIND.


[this popup is to make sure you don't miss it]