“You are such a PIECE OF SHIT!” I exclaimed.

“Die in a grease fire!” he yelled back.

There were four of us, asses parked on my couch, playing fighting games. Insults were flying, trash talk was everywhere, buttons were being mashed, and all eyes were fixated on my monitor as we pummelled each other to bits.

This is what happens at my house at least once a week. A few friends come over every Saturday, from noon to 8pm, to play videogames. We spend the afternoon trash talking, farting, eating junk food, and talking about women. It’s Man Time™, and super fun.

But not for my girlfriend. She’s not into videogames at all. In fact, my girlfriend and I have almost no common interests.

And I think that makes her the perfect girl for me. 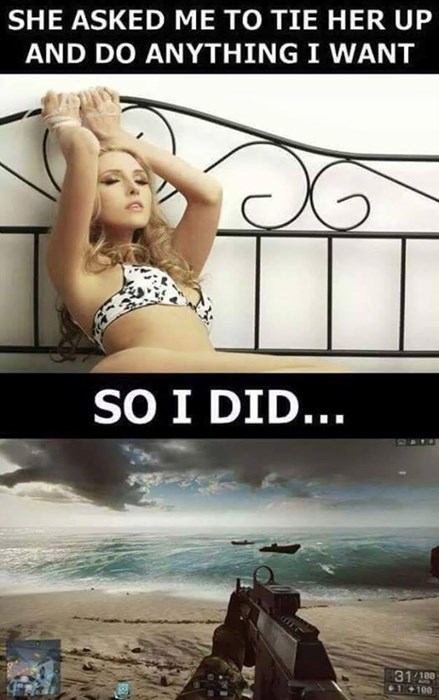 When my girlfriend and I first met, we quickly realized we didn’t have many common interests. I’m a hardcore geek, into videogames, scifi, fantasy, comic books, graphic novels, Star Wars, kung fu, Magic:TheGathering. I only watch two kinds of movies: action or comedy.

She’s much more artsy. She enjoys hanging out with friends over a bottle of wine, and will spend days choosing the perfect pictures for a photo album. She likes the theater, photography, long-distance running, making collages, scrapbooks, coloring books for adults, and graphic novels.

The more we dated, the more we realized how different our hobbies were. In fact, we only really had three common interests: travel, dogs, and graphic novels.

No Common Interests = A Good Thing™

There are a bunch of obvious benefits of having separate hobbies.

1. You never have to worry about finding time for your hobbies.

I see this all the time with couples that are joined at the hip, where he’ll stop playing games or she’ll give up yoga because their partner isn’t interested in doing it with them. Fuck that! If your partner wants to go running and you don’t, that’s great: you can park your ass on the couch and read comic books til she gets back.

In fact, there are evenings where my girlfriend and I want to hang out with each other, yet still want to indulge in our pasttimes. These nights are my favorites: she’ll grab the left side of the couch and catch up on her shows, while I sit on the right and play fighting games on my lagless monitor. It’s a marvelous arrangement, and is only possible because of one thing: separate interests.

2. You will broaden your horizons.

As long as you’re mildly curious, you and your partner will constantly be learning new things from each other.

For instance, before our relationship began, I did almost no volunteer work at all. But my girlfriend works at Down Syndrome center, and I now DJ at all their major events thanks to her influence.

Similarly, my girlfriend knew absolutely nothing about superheroes before me. Nearly a year ago, I explained the X-Men to her, then asked her to name the ones in this picture: 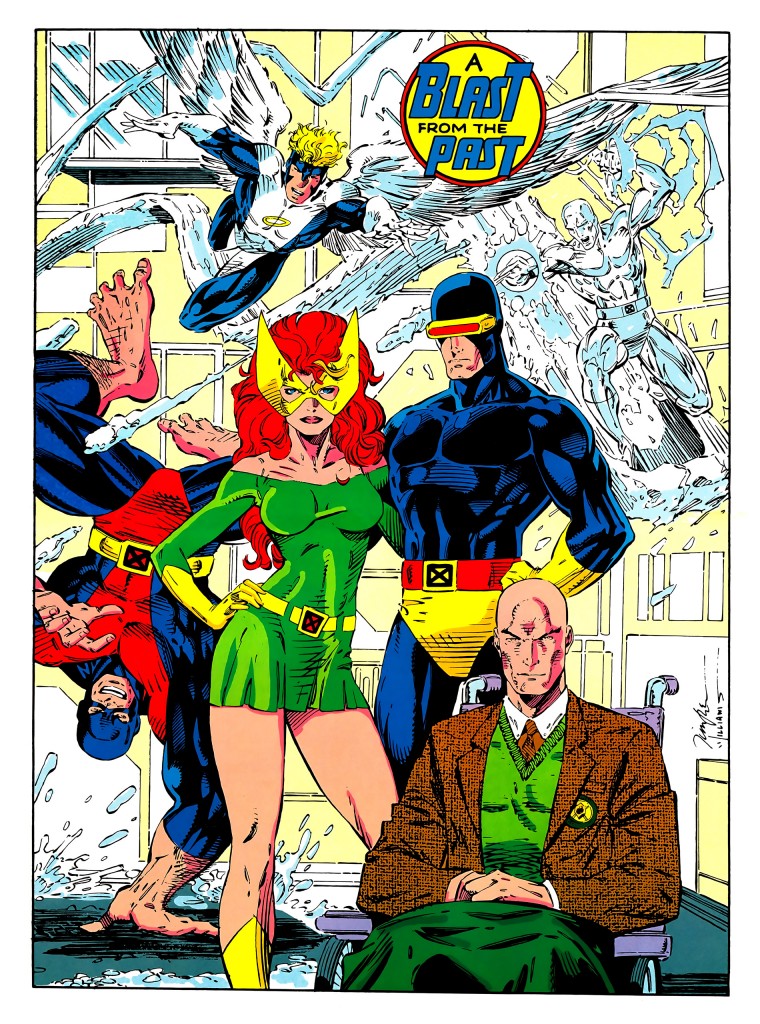 Since then, she’s watched every Marvel movie that’s been released. She can’t wait for Civil War to come out, she bought us The Flash and Wonder Woman couch cushions, and she’s even got a Marvel’s Defenders sweater that she wears around the house.

3. You never run out of things to say.

If you spend all your free time with your partner, what do you talk about? Work? The things you just did together? That must suck.

I find the more time you spend apart, the more things you have to tell each other. Some of the best evenings I’ve spent with my girlfriend were preceded by a few hours where we each did our own thing, then got together for dinner to discuss the events of the day.

4. You will try new things.

As geeks, we often tend to get stuck in our geeky hobbies to the point where we ignore everything else.

How many of us skip work and ignore friends’ phone calls when we get our hands on the latest kickass game *cough* Dark Souls III *cough*?

Having a partner with different interests helps us break out of our geeky comfort zone, and gets us to do things we’d normally never even consider.

For instance, I’m super lazy, and would never rent a bike when I can just take a cab (what am I, some kind of peasant?). But while visiting Chicago, my girlfriend convinced me to rent some bikes and cycle down the boardwalk on our way to the dinosaur museam. The result? I had one of the best bike rides of my life.

5. Spending some time apart makes the time together sweeter.

It seems pretty obvious right? When she’s not around, it helps you realize just how groovy things are when you’re together. In fact, there are some weeks where my girlfriend and I barely see each other due to differing work schedules. When that happens, I actually start to miss her, even though I live with her.

On the flipside, it also helps you realize when things aren’t working out: if you’d rather play videogames with your friends every day instead of hang out with your girlfriend, maybe you two shouldn’t be dating.

I’ve had a bunch of geeks write me recently about whether or not they should date a woman they don’t share common interests with.

The answer, of course, is hell yes!

Years ago, back when I was just a little blogger, I wrote a post about how shared values are the most important aspect of any relationship. I stand by that post today, especially now that I’m dating and living with someone.

You and your partner don’t need to spend every waking moment together, and don’t need to have common interests, because the shared values are what hold you together. Values like how you treat other people, cats or dogs (or both if you’re FREAKS), monogamy vs polyamory vs any other configuration, what your stance is on having children… these are way more important than common interests.

As long as you and your partner share core values, and simultaneously respect each others’ hobbies and interests, everything will be fine.

If, however, there isn’t that respect, you’re in for a rough time. I once flirted with a girl at a bar, and told her I played fighting games competitively. She gave me a look of disdain and said “aren’t you a bit old to play videogames?”

I knew instantly she and I were not a match. It wasn’t a problem that she wasn’t a fan of videogames: my current girlfriend doesn’t play any either. What turned me off was the complete lack of respect for what I love, mixed in with a huge well of judgment on top of that. 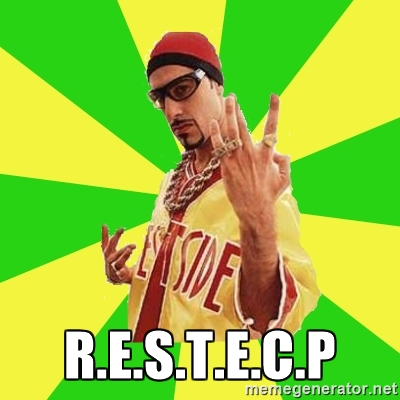 You ever have that friend who you used to play videogames with all the time? Or some other kind of activity with? Maybe not your best friend, but one of the guys. Then one day, that friend met a woman, was convinced she was The One™, and fell off the face of the earth.

You now see him at parties, and occasionally get together for gaming sessions. But he doesn’t stay out late, he has to be home by 10pm or his girlfriend freaks out.

Those friends are often in unhealthy, unhappy relationships. They form symbiotic bonds, and end up sacrificing their happiness for their partners’, and vice versa. Many of them forgo their hobbies to spend every waking moment with The One™.

But what happens if you and The One™ break up? You’re not just left with an Ex One™, you’re also left with No Friends™.

Don’t be that guy. Life is going to pull you away from your hobbies anyway, either when you move, or your job takes more time, or you start a family and need to spend time raising tiny humans (babies before games, duh).

Make sure you don’t lose sight of the hobbies that are important to you because of your relationship.

So what am I saying?

I’m saying date someone with different interests. Learn from her hobbies. Respect her interests, and make sure she respects yours. It’s a pretty sweet way to live.

Previous Post: How to Never Run Out of Things to Say When You Talk to Strangers

Next Post: PODCAST: Don’t Be Afraid of the 3D Girl