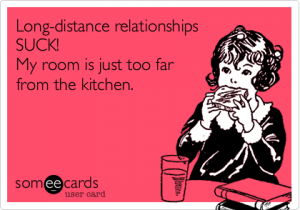 Here’s something you probably don’t know about me: many of my relationships ended when I or my significant other moved away from each other.

There was my first love, whom I reconnected with one summer while visiting my family in France, and who I left behind when I returned to Montreal to do my Master’s degree.

There was my brilliant older girlfriend, who was as sweet as she was smart, who moved to a city 6 hours away to be with her family. I didn’t follow her.

And there was my Mexican girlfriend, who was in Montreal for a year doing an exchange, and left me to go back to Mexico to finish her degree.

In all of these situations, there was the possibility that our relationship continue, culminating perhaps in a happy ending. There was just one big problem.

The Problem With Long-Distance Relationships

Let’s be clear about one thing: a long distance relationship is one where your significant other lives more than 3 hours away from you. 3 hours is a nice gauge, because it means you can’t see her every day, unless you’re down for some serious travel time.

Long distance relationships suck because if your girl isn’t living near you, then you’re not dating the real her. What you’re getting is the honeymoon version. When you see each other every few weeks/months, you’re both going to be on your best behavior. She’s going to treat you wonderfully, and be super turned on by everything you do.

She might even try that Pepto Bismol thing with the llama that you keep talking about.

You’re going to do the same. You’ll ignore all the things she does that drive you crazy, like when she uses your toothbrush (ugh), or uses a fork on your non-stick frying pan. Seriously, why would someone do that? There’s no reason, I have wooden utensils in my drawer.

Bottom line is, you’re going to emphasize all the things about her you love, because you only get to see her for two days every month.

It’s not bad at first, but it gets bad when you date for a long time. I’ve seen multiple couples date long distance for ages, convinced they were the perfect match, problem-free and happy. When they finally moved in together, months or years later, all hell broke loose and they quickly broke up. 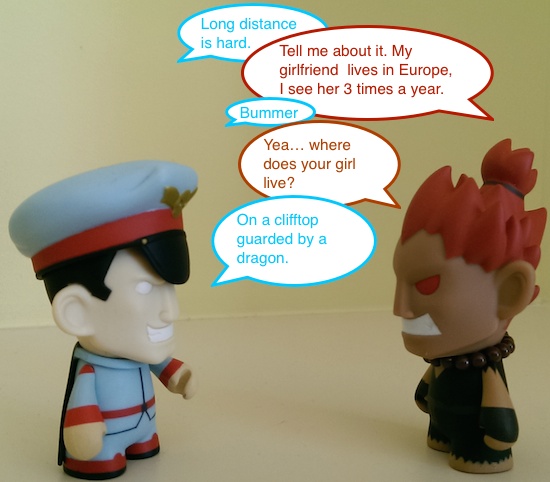 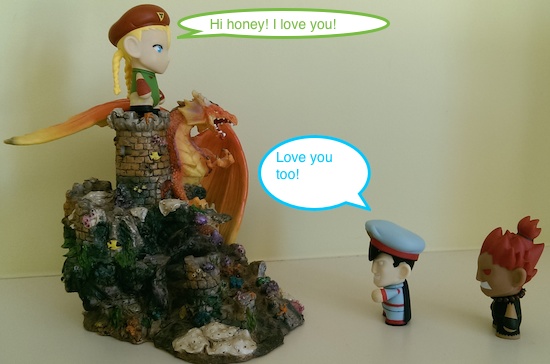 The Other Problems with Long Distance Relationships

Being in a relationship with someone isn’t just about how the two of you are together. It’s also about how each of you acts around your significant other’s friends and family.

For instance, I love having people over at my house. On any given day, you’ll find 2-5 people hanging out in my living room. If my girlfriend can’t handle that, we’re not going to work out.

When you’re doing long distance and she comes for a visit, you’ll probably ignore everyone for a bit and hang out with her exclusively. She won’t see the crazy stuff that you get up to with your friends.

But what if she sucks around your buddies? What if she hates your best friend? You won’t know until much later than you should.

Finally, and this is the deal breaker for me, how does a long-distance sex life work?

If my girlfriend lives 6000 miles away? The only way it’ll work is if my penis is 6000 miles and a few inches long.

But we’re REALLY IN LOVE. How do we make it work?

Alright, I’ve badmouthed long-distance relationships enough. I have multiple friends that are dating long-distance and making it work. I know a few couples, including my sister, who married someone they dated long-distance.

Here’s what the successful ones have in common.

Next, only engage in long-distance if you’ve been dating locally for a long enough time. In other words, make sure you know her well, so that you don’t end up with a stranger who moves into your home in 3 years. Which leads me to the next point…

Have a concrete timeline for when you’re going to end up together. She’s moving to Reykjavik to do her Master’s degree? You’d better know that her degree ends in two years, and she’s moving back after that (or you’re moving there).

This is the single most important thing any couple living apart needs to have. Knowing when you’ll be permanently reunited makes the nights when you’re alone, eating a tub of icecream and watching reruns of The Notebook more bearable.

Hint: it won’t make you more manly though. You left your penis at the door when you decided to watch The Notebook. 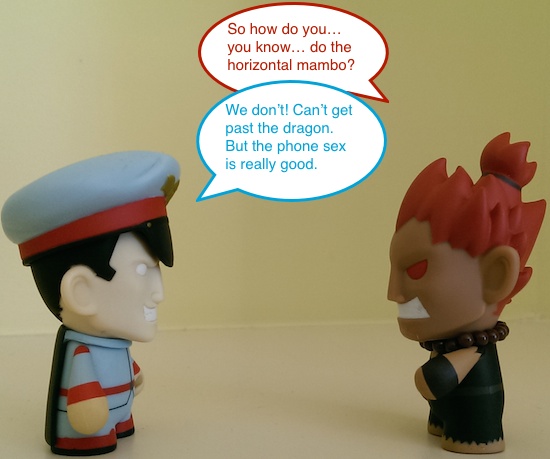 Finally, the last hurdle, the one that I can never get over: the sex.

Work out an arrangement that’ll keep you more or less satisfied in your pants. There are three options my friends use, to varying degrees of success.

My personal favorite is Skype sex, where it’s basically like doing it to a webcam model who’s giving you a private show. Aw yeaaa.

Otherwise, phone sex, which can be very sensual if you’re both good dirty talkers. Or if you’re open and left-of-the-middle, an open relationship, where you can fuck other people (not for the faint of heart).

We’ve gone over problems and possible solutions. I’ve spoken to friends engaging in this heinous type of relationship, and have seen it work as many times as I’ve seen it fail.

So have I changed my mind? Would I engage in a long-distance relationship?

But maybe with the right partner and the right attitude, they can suck a little less.

Previous Post: How To Have Lots of Sex Guilt-Free

Next Post: Interview With A Dating Coach: Tony D