I’m 22 in uni and I have trouble with hot girls. I go out with decent girls, and I really want to step up my game and date 9’s and 10’s. I want to walk into a party and leave with the hottest girl there, like everyone’s dream lol. Do you have any advice?

Heh. What a nice guy. I get at least one email like this per week, from a young buck who wants to date 10’s.

I remember when I hit my mid-20’s, and got started with the dating world. I too wanted to “[email protected] t3h hott1e$”. My goal was to only date 10’s, and I was going to practice meeting women until I could pick up any hottie I wanted.

Five years and a whole lot of dating later, I realize something profound: that scale from 1 to 10, which I believed in for a long time, was a lie. 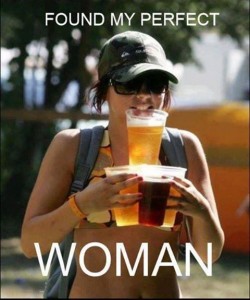 “Um, not for me,” Tony replies. “She’s too tall/fat/thin/brunette. I only date girls that are shorter/thinner/curvier/blonder than her.”

This simple conversation occurs countless times with guys, every single day. We evaluate our potential mates on an imaginary scale, and debate the pros and cons with friends.

Sorry ladies, it’s true. Face, ass, boobs, legs, hair, leg-hair, these are all compared, like stats on a baseball card. It’s similar to that time you and your girlfriends thought the bartender was tall, handsome and dumb as a microwave dinner, except we don’t care about brains. Protip: zombies care about brains.

The problem is, we’re all comparing women on different scales. If our 1 to 10 scale were really universal, if we all agreed on beauty as a specific parameter that was easily quantifiable, conversations like this wouldn’t occur. These debates happens constantly specifically because our scales never match.

It seems that no matter how physically perfect a woman is to one man, she’s got some kind of major flaw in the eyes of another.

I once asked 3 friends to agree on one actress that they thought was a perfect 10. Names like Scarlet Johansson, Jessica Alba, Olivia Wilde and Emma Watson were thrown around. Hours went by.

No one could agree on one woman.

And that’s a good thing. It means for every different body type, face, sense of humor, and personality out there, there’s going to be someone else that’s into it.

Women over 50 not your bag? Gilf is part of the urban dictionary for a reason.

So, the scale from 1 to 10 that rates a woman’s hotness is just bullshit. Time to move on from it.

How do I date hotties then?

Well, if the hotness scale doesn’t exist, then what does exist?

What’s real is how attracted you are to a woman.

If she’s a 6 on someone else’s scale, but a 10 on yours, does it really matter what someone else thinks? Nope. It reminds me of a conversation between the two main characters in Shallow Hal:

Hal: Okay, who do you think is the most beautiful woman in the world?
Mauricio: Wonder Woman.
Hal: Okay… let’s say everyone else in the world thought Wonder Woman was ugly.
Mauricio: It wouldn’t matter. Because I know they’d be wrong.

To my reader James, you need to follow Mauricio’s advice.

You must first determine what kind of woman you find intensely attractive. You need to sit down and really think about what you want, physically and emotionally (although the latter is harder to spot before you start talking). 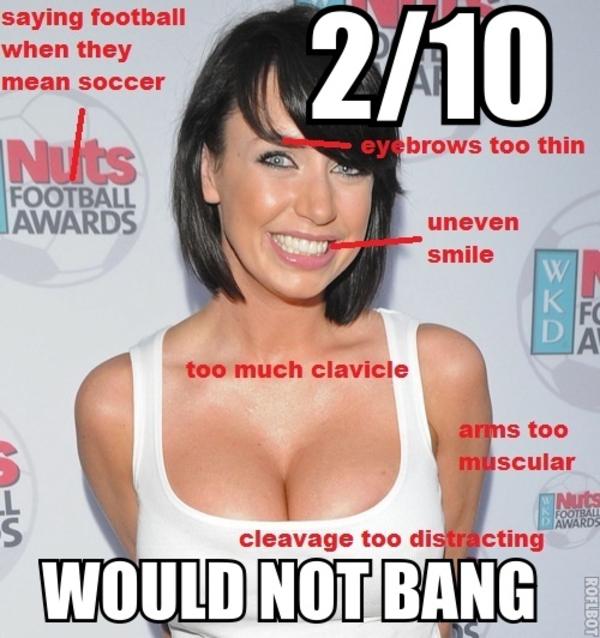 Be honest with yourself too. If you like a particular ethnicity, or a larger woman, then she’s your 10, and there’s no shame in that.

Create your own scale. To be happy, aim for 8 and above on that scale. Don’t settle for less, and don’t let anyone else tell you what’s hot.

Once that’s done, the answer to getting her is simple.

You go up and say hi! And you follow these instructions for what to say when you approach a woman.

If you’re not ending up with the type of woman you find really attractive, it’s probably because you’re not talking to them.

What You Need To Do

If you’re in a public place, and you see someone who catches your eye, chances are you’re never going to talk to her. It’s ok, I get you: it’s not easy.

I’m going to bet bad self-talk is sabotaging you there.

“She’s gorgeous, she’s out of my league, she probably gets hit on all the time” will run through your head, and discourage you from going up to her.

You need to stop that train of thought. Here’s what I want you to do instead:

I have a feeling you’re going for women you’re not really interested in, because you feel less intimidated, and they’re easier to talk to. That’s sad.

Not only are you disappointed with the results of your work, you’re also depriving these women from meeting someone who’s actually into them. There are definitely men out there who think they’re stunning, and will probably enjoy conversing with them way more than you do.

Sure, it feels like an easy victory for you, and validates your ego because you’ll get her number. Unfortunately, it’s not really a win if you’re not into her. You end up dissatisfied, and she ends up hurt.

Second, and this is the most important piece of advice in this post, start talking to women who scare the shit out of you.

Women who intimidate you, and make you nervous. Whom you find so attractive, that the mere thought of walking up to her and talking is making you break out in a cold sweat. You need to talk to her, because she’s who you really want to get with. She’s the one that intimidates and excites you. And chances are, she’s a lovely person.

Here’s a funny secret that might help you out: her beauty is all in your head!

As mentioned earlier, beauty is subjective. The hottest woman in the room to you, might be just another average looking woman to another man in the same room.

Even worse, the media has been feeding her images of perfect actresses since she was a child. Thanks to TV and Cosmo’s horrible standards of beauty, she probably thinks she’s somewhere between average-looking and downright ugly. Protip: the media sucks.

This means the woman you think is a perfect goddess? On someone else’s scale, she’s a 7, and on her own scale, she might be a 5.

Next Post: How to Never Run Out of Things to Say When You Talk to Women