I certainly do. I remember running around my house with a sheet wrapped around my arms, being a Silverhawk. I remember carrying an umbrella and almost jumping off the roof, in imitation of the Carebears. I remember action figures, and my NES, and how excited I was everytime my parents took me out for junk food. Most of all though? I remember the dreams I had for myself.

“What do you want to be when you grow up?”

As a young kid, that was the big question. I wanted to be a ninja, a firefighter, a hacker, a kung fu master, a cyborg, a rock star, a pro skater, an actor, and a farmer. As I got older, I began to whittle my list down. Getting cooked in a burning building? No. All day in front of a computer reading code? Meh. Get some robotic implants? Welllll, I’m still on the fence with that one. Maybe in a couple of years.

But seriously, little by little, my list shrank. It became more realistic, more materialistic, more adult-like. Soon, I was thinking about “things that are easy to accomplish”, rather than “things I actually want to do”. Eventually, I gave up on pretty much all my dreams, and entered the saddest period of my life.

I was finally an adult. I was working towards a career, had a stable job in marketing, and was trying to make it in the “real world”. I was making decent cash, and if I excelled at what I did, I’d be making excellent cash within a year or two. There was just one problem: I hated my job.

I remember waking up and going to work every day was hell. It was like a daily punishment for me, and I often wanted to just run away. But I didn’t. I figured I was just being lazy. Everyone else lived like this, I should be able to handle it too.

Then one day, I woke up and realized that if I continued down this road, I would slowly but surely waste away. So I did the only thing a man in my position could do: I quit.

It was strange, not having to go to work anymore, especially after getting into the rhythm of the 9 to 5. But I was content, and no longer hated my life. Although my days were no longer filled with negativity and dread, they weren’t filled with joy and excitement either. It was sort of a neutral existence, a purgatory. It was the space between dreams.

So I had grown up. I had gotten an education, and did the adult stable job thing for money. It didn’t work out. What was next? I sure as hell didn’t know. I did the only thing I knew how to do when I was lost: I played a lot of videogames.

Specifically, I played a lot of Tekken 6:BR, a crazy-ass 3D fighting game. I had been playing competitive Tekken for years, and although I was consistently in the top 5 Canadian players, I never seemed to get to number 1. Well, in September 2010, things changed. By playing the game consistently, competing with my friends, and really enjoying the time I was spending on it, I finally took first place at the annual Canadian tournament in Toronto.

“Holy Crap!”, I thought. “I just accomplished one of my dreams.”

And it wasn’t hard at all.

With this realization, I slowly began to dream again. To make sure I never lost site of them, I made a huge bucket list. I began to feel more alive, and life started being good again.

Ironically, I now work full-time again (hey, I need money!). This time though, the job is interesting. I don’t know how long I’m going to do it for, but I do know that I enjoy it. Also, I will never let my dreams fall by the wayside again. I still want to become a successful screenwriter. I also still dream of hundreds of thousands of people reading this blog every week, and of becoming a great pickup artist.

All of these dreams are legit. So, friends, the lesson for today is the following: make sure you hold on to some of your dreams. Otherwise, you’ve got nothing to live for.

What about you guys? Any unfulfilled dreams you’ve got in the works? Dreams you’re living? Share them with us! You just might inspire someone to go for what they want.

Previous Post: Get off your lazy ass and get in shape!

Next Post: How to have dirty messy fun sex 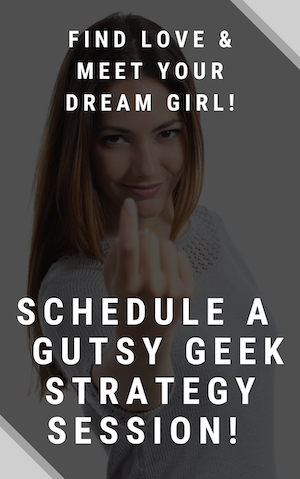