About 7 years ago, I was in a committed relationship with a woman I was madly in love with.

One night, I was at a party thrown by a couple of students I was teaching, and they decided to get me nice and drunk. While we were hanging out and doing shots, I was approached by one of their friends, a beautiful Moroccan girl.

She introduced herself to me, and we hit it off immediately. As the night went on, the gang and I kept drinking and having a blast.

Midway through a conversation, the Moroccan girl puts her arm around my neck, and touches her lips to my ear.

“I want you to know you’re yummy,” she whispered. 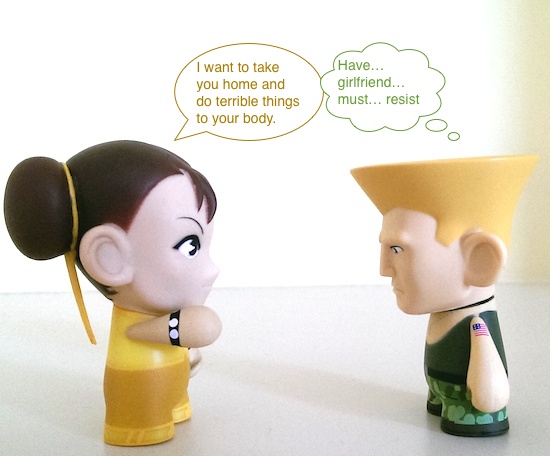 So you’re dating someone. You’re in a loving, committed relationship. You’re monogamous.

But you like to go out and meet women. You like flirting, and the chase, and getting a girl’s number.

Plus, now that you have a girlfriend, you’re instantly way more attractive to every woman out there. It’s like they can smell your unavailability and they want you all the more for it.

So you’re considering being a bit unfaithful.

Here’s how you go about cheating on your girlfriend:

What the hell is wrong with you, you goddamn animal? If you were in front of me, I’d roll up a magazine and swat you with it.

A Tale of Woe and Treachery

I was cheated on once.

It was a long, long time ago, and was one of the most devastating experiences of my life. As a caring, easy-going person, I trusted my girlfriend very deeply and completely. I never once questioned her actions, and never wondered if she was banging someone else.

When you’re in a committed relationship, one of the most important factors is trust.

And of course, vice versa.

The moment you cheat on someone, the instant you cross that line, you’ve destroyed the trust.

And you will never recover from it.

Wouldn’t you, if the roles were reversed? I know I did. 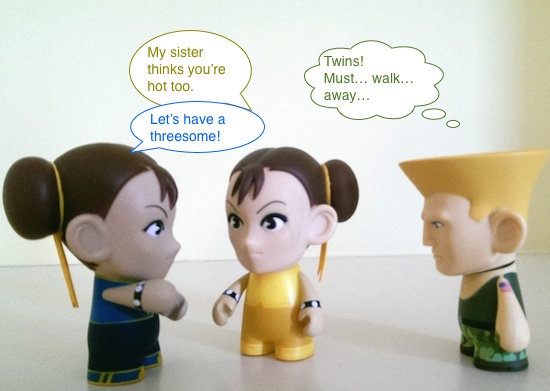 Speaking of lines in the sand, you need to clearly define yours.

When I commit to someone new, we have the talk about boundaries very early on. If we’re monogamous, I let her know that getting physical with someone else is off the table. Sex or kissing is considered cheating.

My boundaries aren’t the same as everyone else’s though.

My favorite monogamous couple defined it as this: don’t do anything you wouldn’t be ok with me doing. They have extremely similar boundaries, so it works out for them quite well.

Why It’s Important To Have Experience

Some men I know suffer from the power that comes with having a girlfriend. Before, when they were single, they had no game. Women wouldn’t even look at them. The moment they’re partnered, they start getting attention.

This eats at you, until eventually you start to want to act on it. Often it’s because when you were single, you didn’t hook up with enough girls, and so you really want to try what’s out there.

“Whatever,” he told me. “I’ve had threesomes before. These two chicks aren’t worth it.”

He’d been around the block enough times to realize what he had was magnificent, and he’d never want to risk it for something silly. 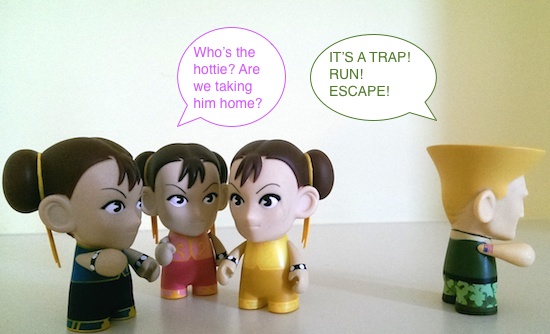 But let’s assume you do.

Let’s assume you made a mistake, and you crossed a line: making out, flirting, sex, whatever the boundary was you agreed upon. I hate myself for saying this, but don’t tell her.

You made a mistake, I hope. It was a momentary lapse in judgment. And it’s never going to happen again, ever. So you sweep it under the rug, and you live with your guilt. You realize you’re an asshole, and shame on you.

Also know that I, personally, am pissed off at you, and hope you feel like shit.

You never tell her, because she deserves better than that. You make it up to her without her ever knowing, and you treat her well because of it.

If she were to find out, you wouldn’t just be ruining your relationship, you’d be messing her up for a long time, potentially even forever.

Because once you get cheated on, guy or girl, you end up with that little voice in the back of your head that nags you in all subsequent relationships, and makes you ask two horrible questions: do I really believe they’re being faithful?  Do I really trust my partner?

Yummy In The Tummy

“I want you to know you’re yummy,” she whispered into my ear, sliding her arm around my neck.

I paused, stunned. No woman had ever been so direct with me, so bold, before this moment. Especially not one as hot as this.

I put my hand on her arm, and gently pushed her away.

“Yea, but I still have a girlfriend. And I don’t mess around with what I have. Ever.”

Her smile faded then, and she looked disappointed.

I smiled at her, and grabbed a drink.

I had used my powers for good, instead of evil, and damn if it didn’t feel spectacular.

Next Post: Lies Movies Teach Us About Dating Part 1