It’s been a while, and I almost let go, but you wouldn’t let me.

Shall we have a chat, like in the golden olden days?

When Life Gives You A Good Year…

I had an awesome time, without fulfilling many key goals I had set for myself.

See, I always promised myself that when I was 30, I was going to have a book published. I turned 30 in January, which meant that by January 2015, my book should’ve been out in the world.

Suffice to say, here we are on the cusp of 2015, and it hasn’t happened. I’ve been rejected by every agent I’ve approached so far. Tough crowd, eh?

I also failed at a couple of other things this year, like bulking up strongly at the gym, or getting more readers for my blog.

But you know what? I succeeded at a bunch of cool stuff as well.

And a few more things that I’ll mention in upcoming posts.

In sum, it’s been a good year. Yet at the end of October, I stopped posting here for a bit. What the eff? 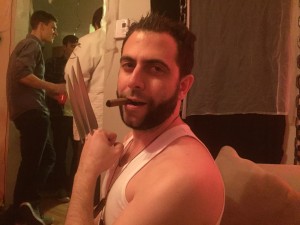 The best there is at what I do

I Owe You Geeks An Explanation

By mid-2014, I was feeling a bit restless with my blogging. My next book was itching to be written, and to be honest, my posts here were getting a little predictable and boring. How many more times could I give you the “7 best pickup lines” or the “top 3 fails when meeting women?”

It all gets kind of redundant after a bit, you know?

The truth is, I’ve written everything you will ever need to know about picking up women, from what to say when you meet her to getting her number. It’s all covered right here.

After hooking up with four women in the first week of April, I got all the ego validation I would ever need. How insecure do you have to be to need more proof than 4 women in 7 days?

I was done. My methods worked. But I still wasn’t any closer to meeting someone I wanted to date. I began going out to clubs and bars less, and really just enjoyed spending time with my friends more.

When I began going out less, I began writing about it less. This blog is funny like that: unlike other instructional or coaching blogs out there, it’s very much a reflection of where I am in my life.

Where I was, at the end of October, was boooooooored. 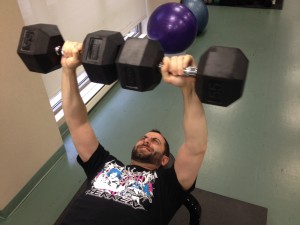 I am the hulk. Notice the T-shirt?

I Took Some Time Off

So I stopped writing. I decided to take a break, and get my head on straight, and see if there was even a point to continuing to write something I wasn’t very interested in.

One week later, I received an email from a reader. He was having trouble approaching women, and asked me for some advice on getting a date. After giving him a play-by-play, not only did he go out and get a girl’s number, but they made out at the end of their date.

Hurray! I felt pretty good about that one. While basking in the glory of his success, I receive an email from another reader who needed help with his girlfriend. I sent him some advice too.

So I began writing brief snippets of advice again. I’ve compiled them in a nice list, and will be turning each of them into blog posts over the next few weeks.

Heh, I guess I’m back. There’s just no escape from you geeks, and I wouldn’t have it any other way.

This year, I’ve decided to commit to posting regularly again. One post a week, regardless of what it’s about, for 52 weeks.

Rather than posting only about meeting women, I’ll be posting about all of my other interests again. This includes self-help, videogames, and ridiculous yet important things, like how to choose the best couch on a budget (seriously, it’s not easy).

More importantly, I’ll be posting from the heart again. I can’t do soulless posts to get traffic. I don’t care if it’s the right thing to do in terms of SEO. This blog is my hobby, not my job, and if I don’t feel something at the end of every post I write, then I’m not doing it right.

I’m still trying to figure this whole thing out. Get guts, save the princess, and win at real life is much harder than it sounds. I think I’m one third of the way there. Let’s see how far I can get this year. 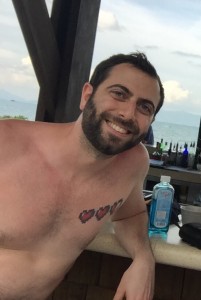 P.S. Did I mention that I have a girlfriend, and that we’re in an exclusive relationship? Tune in sometime in January for a post about that!

Previous Post: How to Pick Up Girls on Halloween