It’s a house party. A friend and I are drinking, when I see a familiar pretty face.

“Yea, I got busy with work and stuff. By the way, this is my boyfriend Terry,” she says, as she puts her arm around her bearded compatriot.

“Oh! Nice to meet you man. Jen says only nice things about you.”

We shake hands, and I invite them over to have a drink with me.

Seems pretty innocuous as a scene, right? Nothing special. Except for the fact that Jen and I used to be friends with benefits, and I did all kinds of nasty things to her involving handcuffs, kabuki rope, ben-wa balls, and more.

Yet here we are, all having a drink and a rollicking good time. When I told this story to a friend, she asked me one simple question:

How do you stay friends with a former lover when you’re no longer hooking up?

The Rules For Casual Relationships

Casual relationships seem to be all the rage these days. Even my friend Suzie over at Single Dating Diva wrote about it.

I’ve had a lot of casual partners over the years. I haven’t had sex with that many women, compared to some crazy Casanovas out there, but the ones I do hook up with usually turn into something regular. And they usually end well.

I do it by following my system, the 8 rules of casual sex, that I’m going to share with you today.

I’m a big fan of Tucker Max. If you’re not familiar with him, he’s the author of “I Hope They Serve Beer In Hell”, a book that recounts his crazy drunken adventures hooking up with everything that moves.

I’m a fan of Tucker’s because there’s an intense honesty to him, both in his writing and his actions. He’s a huge asshole, and it’s the first thing he’ll tell you about himself. He doesn’t lie to women about being an asshole and wanting to fuck them, so they feel comfortable because they know what they’re getting into.

And that’s rule #1 here folks: always be honest about your intentions.

I’m not saying go up to a girl and announce in a loud voice that you want to blow your load all over her tits. That’s no bueno.

But when you know where you’re at emotionally with someone, it’s a good idea to let them know, especially if you’re not feeling particularly attached.

So, if you want to be fuckbuddies, be honest about it. 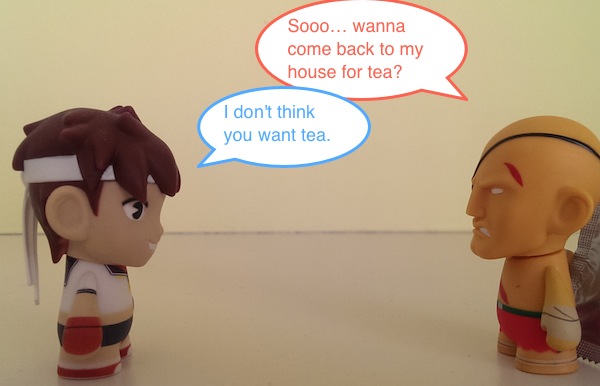 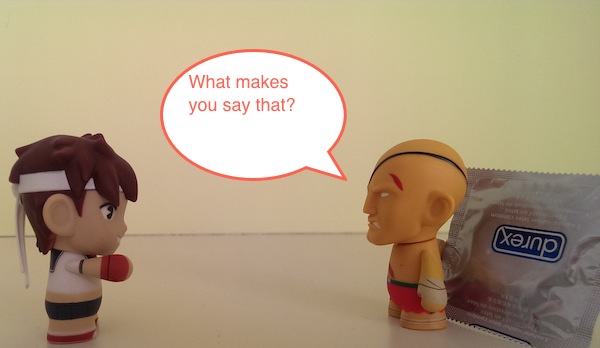 When I start seeing someone, I always give myself the same deadline: 3 weeks of hanging out, or sex on 3 different occasions. Once one of those milestones has passed, I make a decision: do I want to be friends, fuckbuddies, or in a committed relationship with this person?

Then, and this part is crucial, I tell her. Why 3 weeks or 3 sexual encounters? Because I’ve found that it’s enough time to determine how you feel, and also the point when people start getting attached to each other.

If you set the boundaries at that time, she can decide how much of herself to invest, and everything’s peachy.

I don’t like seeing a fuckbuddy more than once a week. Occasionally twice, but once is usually enough. The more often you see someone and hook up, the more attached you get, so by limiting it to once a week, you’re keeping the happiness, while containing the emotions.

It also gives you more time to meet other people, and not devote too much effort into one partner.

4. Expect and encourage her to hook up with others

You’re casual. That means there’s no boundaries or double standards. When you say “don’t fuck other people”, you’re also saying “we’re exclusive”. And that’s not what this hookup business is about.

You want to bang other people? Great! Expect her to do the same. Encourage her to do so. It’ll make it easier on the both of you, and less likely for her to develop feelings beyond the casual relationship you’ve got going.

Use a goddamn condom. Seriously. If you catch a disease that makes your dick fall off, I will be very upset at you. Not to mention that you’ll probably give it to all the women you’re hooking up with, and that’s just wrong.

So always wear a condom. Bring your own if you’re doing it at her place. Don’t catch the herpaderp. 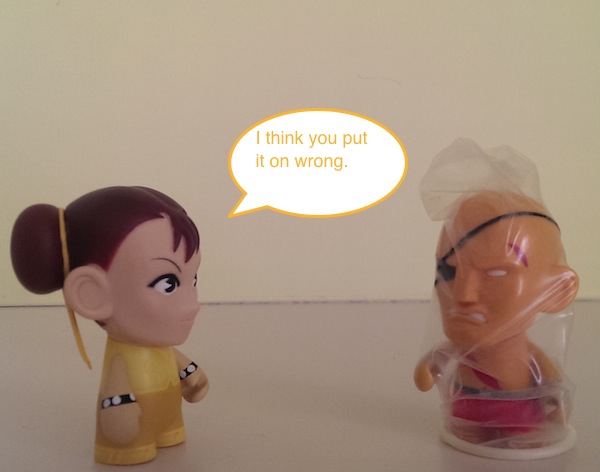 I’m not sure where this idea that women aren’t into casual sex came from. Whoever is disseminating that information is a liar, because nearly every woman I’ve said “let’s keep this casual” to has been into the idea.

The key then, once it’s established, is to communicate how you feel throughout. If you’re starting to get attached to her, you need to let her know. Similarly, encourage her to communicate as well, so you’ll know if she develops feelings, and can make a decision accordingly.

At any given point in time, I have between 1 and 3 fuckbuddies. But none of my friends know who they are, what they look like, or any personal details about them. The only people who know a little bit about my partners are my fuckbuddies, because they have a right to know how many other people I’m hooking up with.

But I don’t give them names, or a way to pinpoint who they are. And this rule is the golden rule. It’s what allows me to be friends with my fuckbuddies long after we’re done fucking, simply because no one knows about it.

Like the girl at the party I began today’s story with. I’m still friends with her, and I hang out with her every now and then, but I never mention what we had, because that’s not cool.

Plus, her boyfriend’s an awesome guy, and they’re perfect together. Why would I ruin that, for an ego trip?

In the end, the women you’re hooking up with aren’t just receptacles for your pimp juice. They’re friends with benefits, which means sex + friendship. So hang out with them, and treat them well. Maybe watch a movie, go for food, tell each other stories.

My personal favorites are the ones that play Wii with me, and also play with my wee (c’mon, that one was just too easy).