So I’m in Thailand right now, on vacation. 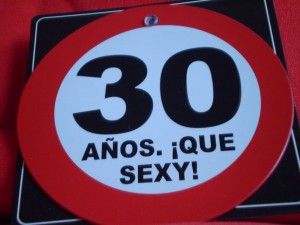 Living through the incredible hardship of chilling on the beach, getting some sun, and sipping on  manly Piña Coladas has me thinking about how great life is right now that I’m 30.

You already know it’s like playing a Final Fantasy game.

So here are 4 reasons why turning 30 is awesome.

1. Your style has improved

I make this comment based on friends’ looks that have evolved over the years, and pictures I’ve seen all over Facebook. Nearly everyone I know looks much better now that they’ve hit 30. They wear clothes that fit better, groom themselves appropriately, and often have put on just the right amount of weight to look healthy.

I am so much better looking than I used to be. People worry about growing old, getting wrinkly, and in general looking worse and worse. Not I sir. I’m good with aging, because I do it like a champ.

I once wrote a post about going from ugly teen to stunning beauty, which went viral. Ironically, I’ve gotten even better looking since then, thanks to a friend’s suggestion to grow a beard. Observe: 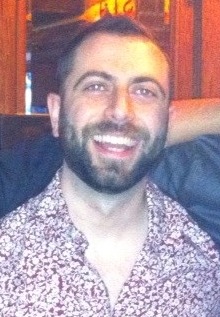 Keep in mind that I’m no George Clooney: dude can stop traffic with his grin. But I take pride in the fact that early 20s Rami is weak compared to 30-year-old Rami.

It helps that my sense of style has increased 100-fold, thanks to one simple rule: always take a well-dressed girl shopping with you. Since I’ve done that, I’ve never failed to get clothes that suit me perfectly.

2. You have more money

No more cheap ramen for dinner. No more saving for 3 months to buy a game you’ve preordered. No more using a credit card and praying you’ll be able to pay it off before they come for you.

I have a real job now, and most of my friends have careers, decent jobs, or their own companies. It’s pretty rad. When we hang out, we don’t have to worry about pinching pennies. We can afford nice dinners, expensive alcohol, and cool gifts for each other every now and then.

In fact, for my friend’s bachelor party, the best man and I kidnapped him, and took him on an all expenses paid trip to the Dominican Republic. That’s a far cry from my early 20s.

Gone are the days at the end of the month where I eat potatoes dipped in yoghurt because I have no money and there’s nothing else in my fridge. Gone and good riddance I say.

3. You can afford to be selective

I love having cash again, but it comes at a price. Work is 8 hours a day, plus the 20 minute commute back and forth. Tack on some cooking time so I don’t eat rubbish, gym time to stay in shape, and that’s basically 10 hours of each day gone.

That doesn’t leave you with too much free time, does it?

Surprisingly, it works in your favor: deciding how you spend your time is much easier.

I don’t go to a show if I don’t want to. I don’t spend time doing things I don’t enjoy. And most importantly, I don’t feel the need to spend time with people that aren’t important. 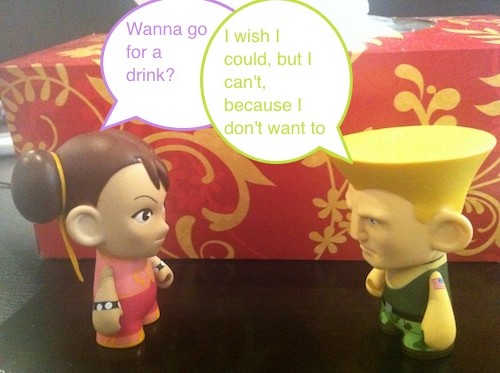 I mean, my time is precious, and at 30 I have the luxury of saying this is important, and this (or you) is not. It’s led to me eliminating any shitty friends from my life, and not wasting time doing things because I feel obliged to.

For instance, a few months ago, I went out with a friend. We were hit on by two tall and beautiful women at a bar. Yes, they hit on us. The more they talked, the more obvious it became that one of them was a cokehead, and the other was a nutcase.

Rather than power through the stupidity and drugs, in order to sleep with one of them, I looked at my buddy and said “fuck this, let’s move on.”

I found myself another cute girl without a drug habit later, and I had a much better time with her.

My cousin recently came to stay with me for a week. Dude’s 18 years old, and he’s such a boss. Funny guy, really smart, and a pleasure to hang out with. I discovered while he was here, that I am full of wisdom. There is so much an 18-year-old doesn’t know, and I found myself helping him with all sorts of problems he had.

How to cook dinner? Get a passport? File taxes? Exercise? Talk to women? By the time you’re 30, you can probably do most of these things. Hint: that last one is really hard. I’m still figuring it out.

The point is, even if you’re a complete nincompoop, by the time you’re 30 life will teach you skills that are worthwhile.

Don’t be afraid of turning 30. I’m there already, and it’s awesome like a Final Fantasy game.